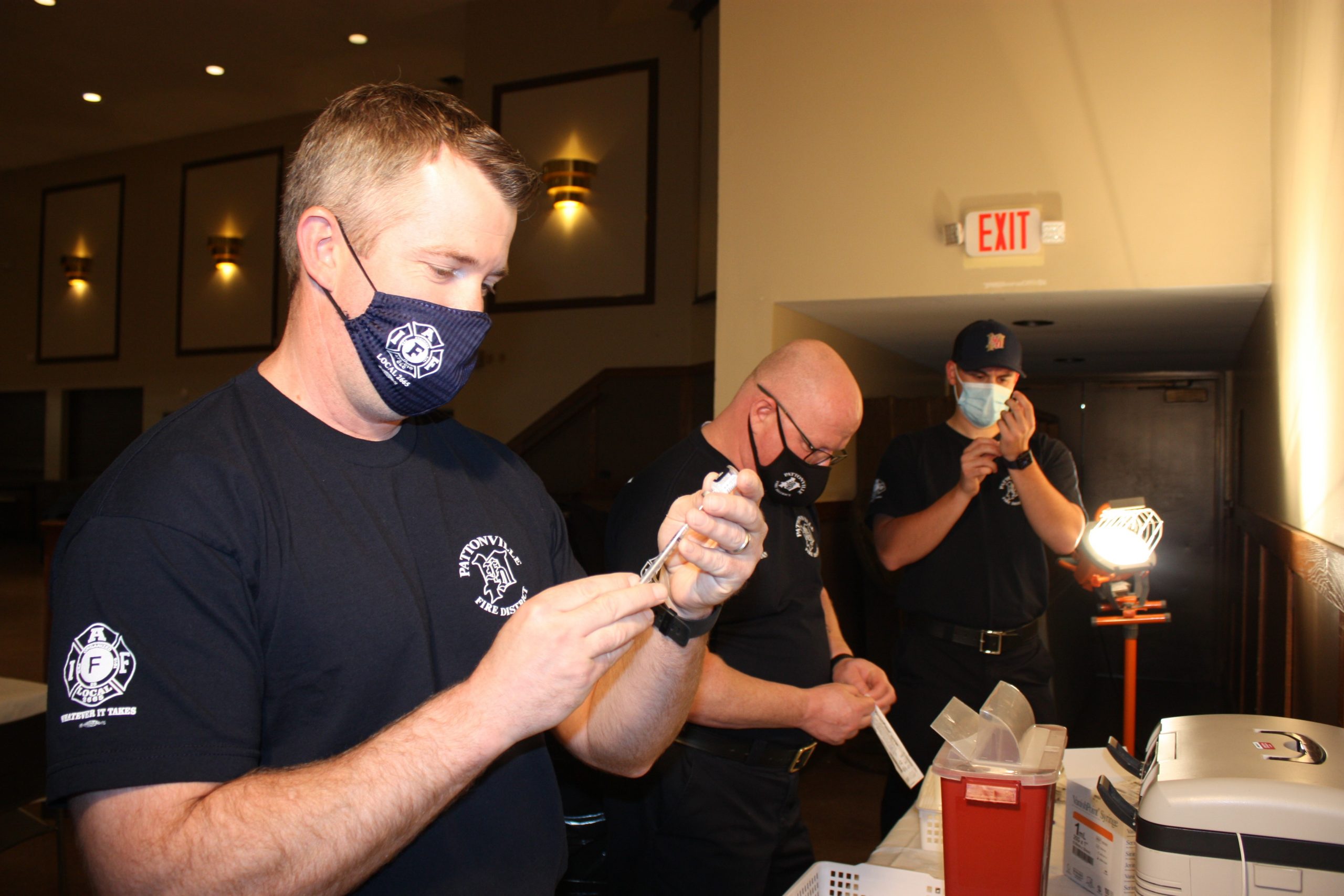 “Thanks to the Pattonville Fire District with the help of St. Louis County, IAM members in our area who wanted to get vaccinated had the opportunity to do so,” said IAM District 9 Directing Business Representative Dave Weaver. “Special thanks to our staff and everyone who volunteered to help make this event a huge success.”

“I’m so thankful for everyone involved who helped make this event a success and helped get our Machinists Union members vaccinated,” said IAM Midwest Territory General Vice President Steve Galloway. “What an outstanding display of leadership and professionalism to be able to seize the moment and bring this idea to reality.”

The vaccinations were given by the Pattonville Fire District, while all the paperwork and administration was handled by St. Louis County. This meant staff at the district had to get all the info from willing participants and build a database for the county, so they in turn could make a schedule for the vaccination day.

“The clinic was held during the day, so we had our Reps calling companies where we represent members, and working with their HR to get those members released,” said Weaver. “It all came together within a week, so there was a rush. But in true Machinists Union fashion, it was a success.”

Everyone who received a vaccine at the event is already scheduled for their second dose at the district hall.

IAM District 9 building is the home office for IAM Locals 777, 1345, 41 and 688 along with the district’s Health and Welfare department and Pension Trust. With hundreds of people attending the clinic, district leadership had to protect those working in the building from being exposed to the virus from someone attending.

Strict protocols were put in place to keep social distancing intact. The vaccines were distributed in a different area than the offices and members waited in an area of the auditorium until being called in to get their shot.

The success of the event motivated the St. Louis Labor Council to work with District 9 to hold more vaccination clinics for other union members. They have coordinated with the Pattonville Fire District and St. Louis County to hold two more vaccination events in the coming weeks.