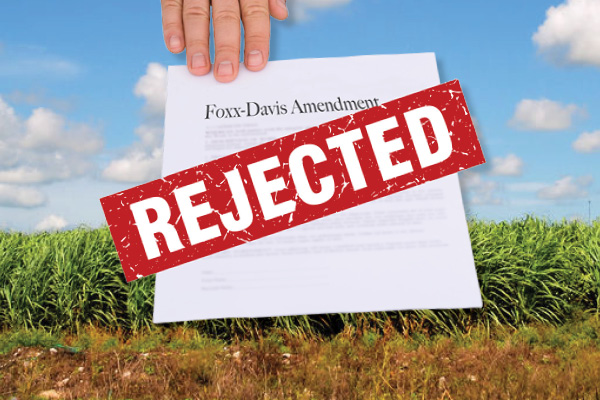 IAM Florida Sugar workers and the IAM Legislative Team have defeated an anti-sugar worker farm bill amendment that would have flooded the U.S. market with subsidized imports and depressed farmers’ take-home pay.

The Foxx-Davis amendment would have caused the loss of thousands of U.S. jobs. Thanks to the IAM’s work on Capitol Hill, its defeat will secure over 142,000 jobs in 22 states.

“This is not only a victory for the U.S. sugar farmers and workers, but it is a huge victory for the communities where IAM members live and work,” said IAM International President Bob Martinez. “I am tremendously proud of the IAM Florida Sugar members and their lobbying efforts over the past few months.”

“This is welcome news for IAM members working in the Florida sugar industry, said IAM Southern Territory General Vice President Mark A. Blondin. “I’m proud of our members who stood firm to protect their jobs and families against bad legislation. This legislative victory clearly demonstrates that we can win when we step up and fight for what’s right.”

IAM Florida Sugar Workers jobs include every part of the sugarcane farming, milling and refining processes on American soil, including many positions requiring skilled trades, such as machinists and welders.