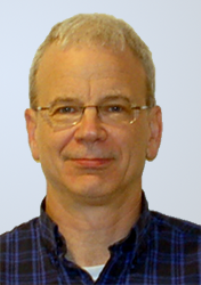 The American Law Institute (ALI) has elected IAM General Counsel Mark Schneider as one of its new members. ALI is the leading independent institution in the U.S. dedicated to improving and modernizing the law.

Schneider’s election is the result of a nomination process that includes only those individuals who have demonstrated excellence in the law and are of high character.  He joins a select group of lawyers, judges and law professors who meet regularly to bring together diverse viewpoints on current legal issues.  ALI’s publications have enormous influence on the courts and legislatures.

“Mark Schneider is one of a very few labor lawyers that have ever been elected to the American Law Institute,” said IAM International President Bob Martinez. “His voice in their meetings and law publications brings important perspective for the IAM and working people everywhere. The IAM is proud and honored for Mark on this achievement.”

Schneider is the IAM’s top legal officer and guides all of the IAM’s legal proceedings. He previously served as the IAM’s Associate Counsel before becoming Associate General Counsel at SEIU. Prior to that he was a partner at Jenner & Block LLC where he specialized in trial and appellate litigation involving the FCC and the Justice Department.