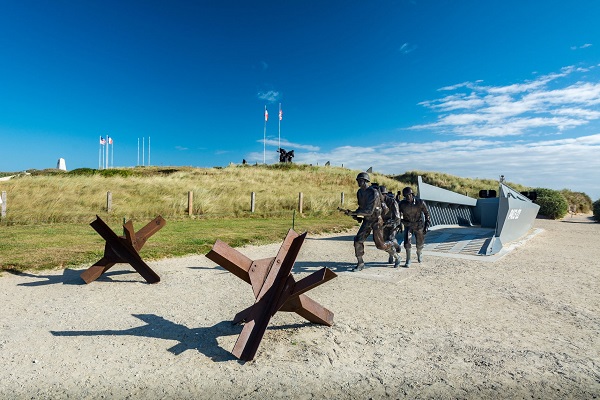 On the 75th anniversary of D-Day, June 6, 1944, the IAM remembers the more than 156,000 troops who took part in the invasion of Nazi-occupied France and ultimately liberate Western Europe, defeat Nazi Germany and end the Second World War.​

“No words can express the gratitude we all share for those who fought, and the thousands who died on the Normandy beaches that day,” said IAM International President Bob Martinez. “Those true heroes gave it all so that future generations could live in liberty. With the greatest respect, I say thank you.”

Nearly 12,000 aircraft and more than 6,000 sea vessels took part in the largest military invasion of all time. U.S. and Canadian casualties numbered over 7,600 on that day.