IAM Hosts Union Member from ‘Down Under’ 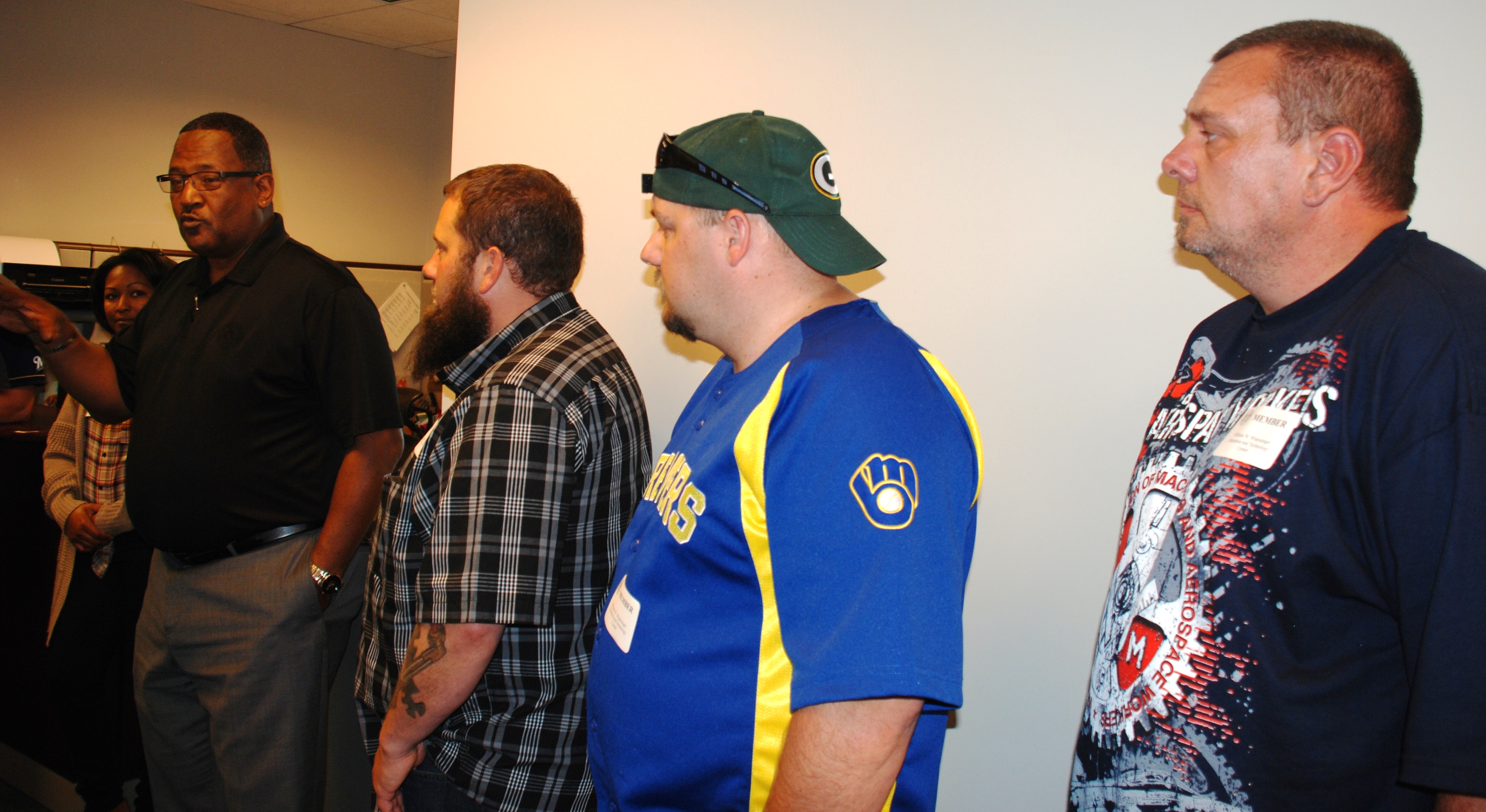 The IAM’s “sense of community” struck a chord with a recent visitor from Australia.

Shane Burd, a member of the Australian Workers’ Union (AWU) attended a week-long Leadership I course at the William W. Winpisinger Education and Technology Center as part of an exchange program between the IAM and AWU.

“What I found [in the U.S.] was the passion and pride that people have associated with their union,” said the Chief Steward at BlueScope Steel in Western Port, Australia. “The sense of community is huge.”

As part of the Leadership I class he attended, Burd participated in a mock union meeting. He said he was struck by that sense of community – things like funds for members who are hurting financially, women’s groups, Guide Dogs of America fundraisers and union BBQs. “It made me proud to sit in the room and listen to the way they spoke about it,” said Burd.

Burd also got the opportunity to learn about the differences – and similarities – between life for working people in the U.S. and Australia.

The chief difference begins with the political system. The Australian Labor Party is descended from labor unions themselves, which gives many in the labor movement the power to vote on legislation, instead of just lobbying for or against it.

Due in large part to labor’s strong political presence, Australia has a federally-mandated 38-hour work week. Anything beyond that is considered overtime, which Burd said is paid double for most people with union contracts. Every Australian is entitled to public health care and a pension when they reach the age of 65.

“That’s our biggest advantage over the U.S. system of politics is the fact that we have a parliamentary party that is sympathetic to the working man and enacts laws specifically for them,” said Burd.

But corporate greed, Burd said, is rampant in both countries.

“I hear from my American brothers here that businesses will come to negotiate a contract and say ‘Oh yeah you know we’re really poor, we’re not doing that well, we can only give you like 15 cents more an hour,’ ” said Burd. “Give me a break. I look at CEO pay watch lists, I know what people earn.”

“You can’t go to the people that generate your income and say, ‘Sorry buddy, I only think you’re worth 15 cents more an hour.’ Can’t stomach it. Cannot stomach it.”Burd will travel to New York and Los Angeles before heading home to Australia. It takes over 23 hours to get home by plane.

Click here to learn more about the Australian Workers’ Union.