Driving to Save Lives 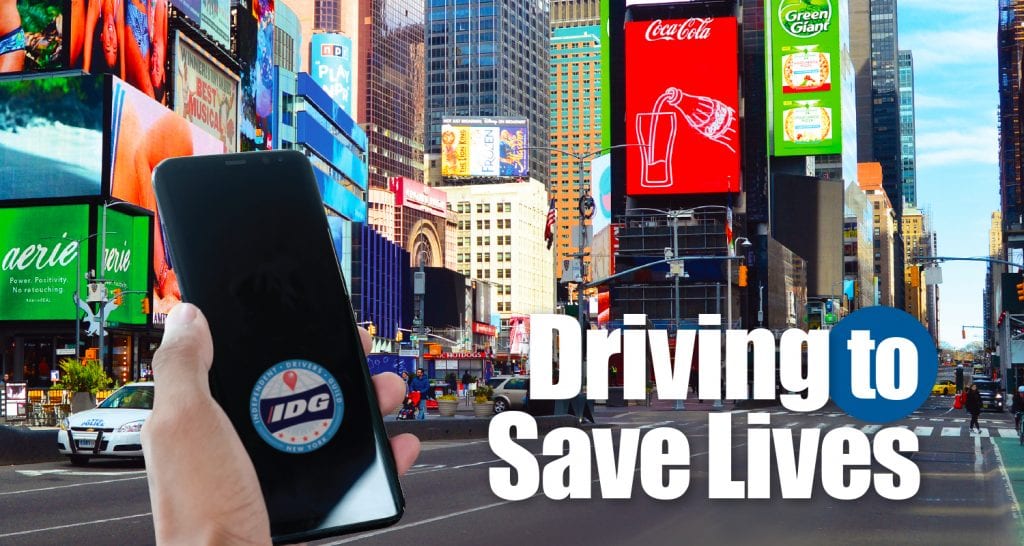 App-based drivers for platforms like Uber and Lyft were forced to a grinding halt in New York City. And it wasn’t because of the traffic this time.

Instead, the gig economy workers were forced to leave their cars parked at home as the early impacts of the deadly COVID-19 pandemic forced city residents to stay indoors. Bustling city streets were largely abandoned as many businesses shuttered and area hospitals were overrun with the sick.

The scenario dwindled demand for Lyft and Uber transportation services, while other gig workers refused to drive passengers due to fear of potential exposure to the deadly virus.

“There was a lot confusion and anxiety but we decided the work will not stop. We will keep working to be there for the drivers,” said Aziz Bah, an organizer with the Machinists Union affiliate Independent Drivers Guild (IDG), an advocate for more than 200,000 app-based drivers in New York, New Jersey and Connecticut.

The IDG has stepped up to champion for the rights of NYC’s app-based drivers during the pandemic. That includes helping COVID-positive drivers qualify for sick pay from platforms like Uber, and teaming with the non-profit Black Car Fund to help provide app-based drivers with personal protective equipment (PPE).

The IDG is also looking to roll out a safety certification program for these drivers.

“We want to help them get back to work,” said Brendan Sexton, IDG’s Executive Director. “We are working as a community. We are addressing our needs so we can recover from this together.”

New York City has faced one of the nation’s largest impacts of COVID-19, a coronavirus that has killed thousands and disrupted businesses across the globe. The city had 156,100 cases of the virus and 11,708 confirmed deaths as of April 27, according to the NYC Health Department.

The pandemic has essentially crippled New York City as residents abide by strict stay-at-home orders. The city’s subway and other mass transit has essentially shifted to “weekend” scheduling. That created a need for other transportation methods, IDG officials say.

“These brave men and women have shown solidarity and courage during an unprecedented time for New York City. These essential workers are important to help fight against COVID-19,” said IDG founder Jim Conigliaro Jr. “That’s why these app-based drivers have stepped up to ensure meals reach those in need, and healthcare workers and others on the front lines have a safe means to get to and from work.”

The need has heightened for Uber and Lyft drivers to deliver food to those in need for services like Meals on Wheels. There’s also the necessity of transporting nurses, doctors and other healthcare workers to and from work.

The IDG has handed out roughly 10,000 PPE bags to app-based drivers since the COVID-19 crisis began impacting the city in March.

“The first day we went out distributing the PPE to drivers, they were so grateful and appreciative, and they offered to help us,” Bah said. “We are just overwhelmed by the response of drivers offering to help hand them out.”

The IDG has also bolstered its network of resources to help drivers with benefits at their disposal. They set up a multilingual team to run its crisis response hotline for members, which includes licensed social workers. The organization is also steadily hosting webinars to help members with issues ranging from paid leave benefits to financial support.

IDG started with a couple hundred drivers and a GoFundMe.com page to cover expenses. It has expanded into an operation delivering millions of meals, working with thousands of drivers.

The group also led the charge on more safety mechanisms for its members, including urging platforms to suspend “pool” rides to lessen chance of drivers to be exposed to COVID-19. The IDG also pressed for app-based drivers to be deemed essential workers.

“Nurses and other emergency workers rely on app-based companies like Uber and Lyft to get to and from work and there is a huge demand,” Bah said. “The drivers were scared to go on the road and rightfully so because they didn’t have any PPE.” 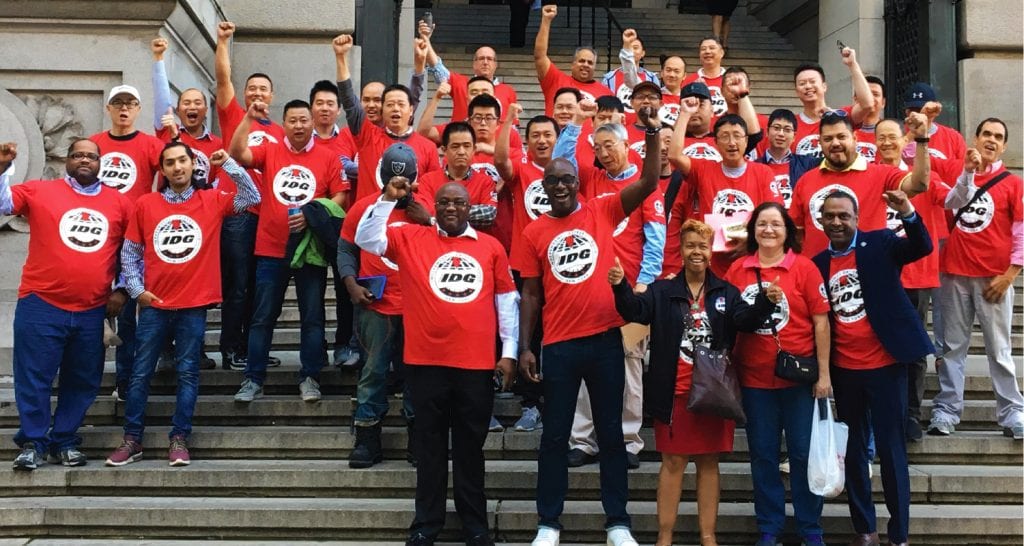 The IDG has been calling for further protections and rights for the gig workers. That includes lobbying for hazard pay with the platforms and lowering auto leasing costs and other expenses such as auto insurance during the coronavirus pandemic.

“They’re not making money and making them pay full insurance is not logical,” Bah said.

Many drivers say they are trying to maneuver through the unprecedented situations created by the coronavirus. 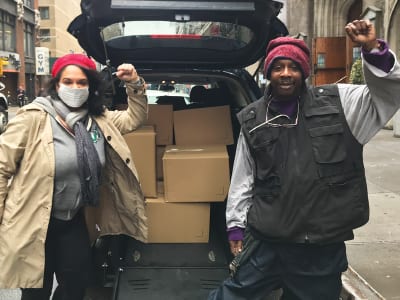 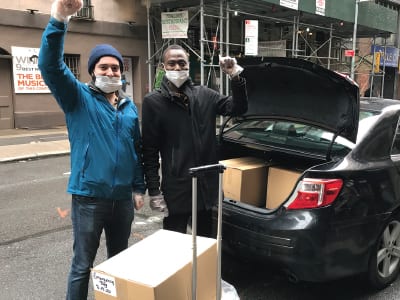 John Cimillo, of Staten Island, has changed his usual routine of transporting passengers to making food deliveries to help pay his bills.

“I had to adopt to the changes to help pay my bills,” Cimillo said.

Cimillo says he’s happy for his savings, which has helped him get by as demand for passengers has dwindled but is taking help from making food deliveries for the meantime.

There are also next steps for the IDG.

The group is forming a training and safety certification program to help workers prepare for an expected uptick in demand as the city tries to return to normal.

This also would help “alleviate” any “uncomfortableness” about taking app-based transportation during the recovery, Sexton said.

“Those like home healthcare and other essential workers can have the comfort of knowing that the driver picking them up is safety certified,” he said. “That means the vehicle is clean and the driver has all the necessary cleaning products.”