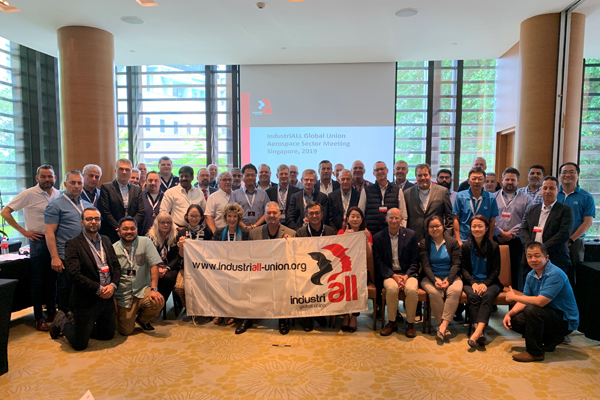 Martinez chairs the aerospace sector of the IndustriALL Global Union, which represents 50 million working people in 140 countries. The aerospace industry, worth $800 billion and employing millions of workers globally, has been increasing corporate profits by lowering labor costs.

“The global aerospace industry finds itself at a crossroads,” said Martinez. “One direction takes it down a path that ignores the simple fact that workers are the most valuable factors in the company’s success. The industry must choose a path that recognizes that a proud union workforce is the engine that drives a company’s success.”

The IAM has encountered brazen anti-union campaigns from Boeing, Airbus and Rolls-Royce. Companies are exporting anti-worker practices to all corners of the globe.

“As aerospace becomes even more global, anti-union campaigns have become the No. 1 threat to aerospace workers around the world,” said Martinez. “We must hold all of these companies accountable for violating fundamental human rights.”

Together with aerospace unions from across the world, the IAM committed to cooperate to ensure decent working conditions and pay for aerospace workers everywhere, and to stop workers from being pitted against each other due to global competition.