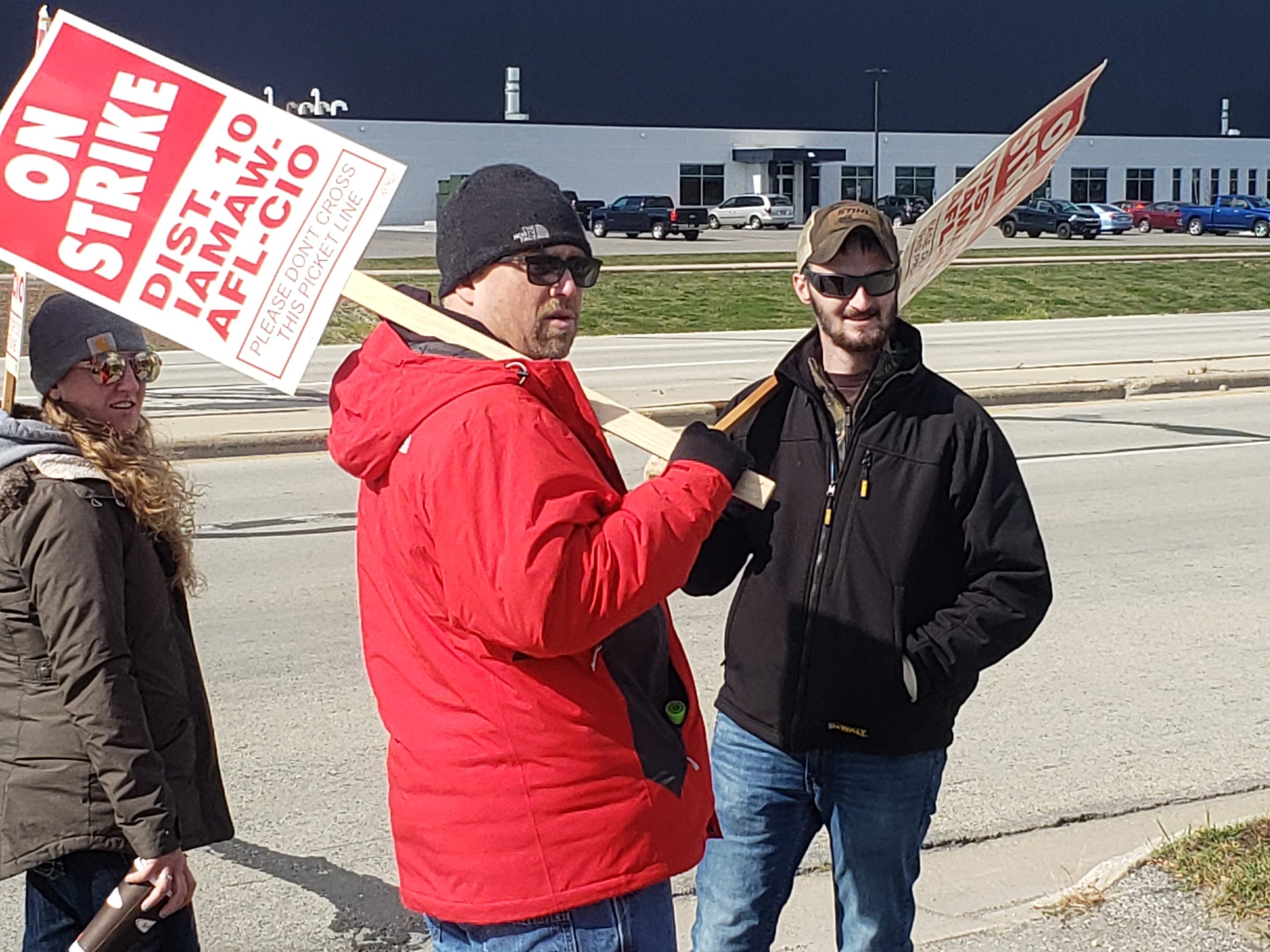 Eighty-nine IAM Local 1855 members at AstenJohnson in Appleton, Wisconsin last week voted overwhelmingly to ratify a new deal ending a nine-day strike over healthcare cost sharing. The new accord includes locking in an insurance plan design and premiums for the next two years.

“We came up with a decent proposal that everyone accepted,” said Jeremy Terlisner, District 10 Business Representative. “We were able to lock in healthcare costs for two years. It was a successful strike in my mind.”

“The pandemic put the always important subjects of healthcare cost and coverage on centerstage,” said Alex Hoekstra, District 10 Business Representative. “Our members made it clear from the beginning of their expectations regarding insurance. Through the strongest picket-line I’ve ever seen, they were able to get a great deal with management.  Congratulations on your inspiring solidarity and its proven results.”

“I want to thank the members and negotiating team at Local 1885 for their solidarity during these trying times,” said Midwest Territory General Vice President Steve Galloway. “By sticking together, you forced the company back to the negotiating table which resulted in a fantastic contract that will provide some much-needed healthcare assurances.”

IAM members at AstenJohnson, who produce specialty fabric for the paper industry, rejected company contract proposals on Oct. 14 and Sept. 30. Despite mediator assistance, the company refused to budge off its concessionary proposals.