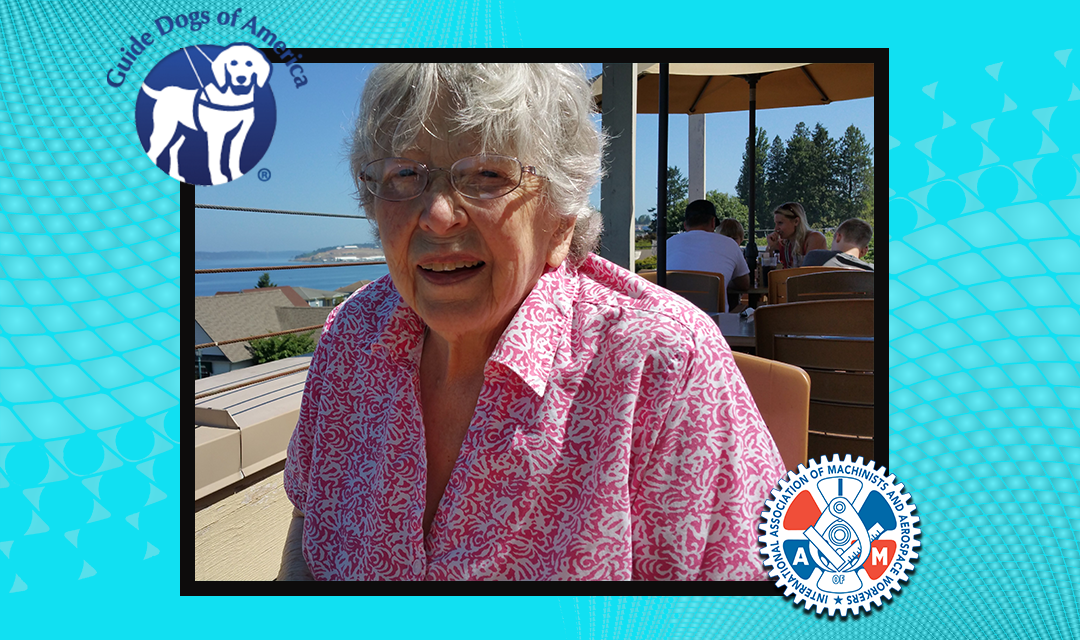 Pandemic or not, Guide Dogs of America (GDA) needs your help. That’s why 37-year IAM member John Gehringer chose this year to donate $5,000 to GDA in honor of his late mother Lucille.

Especially during tough economic times, organizations like GDA need to remain funded. That’s why Gehringer is asking friends and family to follow his lead.

“I challenge them to give a little more money than they usually do. Give it in memory of somebody,” said Gehringer.

GDA provides so much more than guide dogs to the blind and visually impaired. Today, they provide programs for a wide variety of people with special needs.

“This organization has grown immensely since last year. We’re supporting veterans, children with autism and so much more,” said Gehringer.

For Gehringer, this organization is near and dear to his heart. His mother served in the U.S. Army as a first lieutenant in the 1950s, until she became pregnant with John and had to resign her commission.

“This donation is the very essence of the Fighting Machinists,” said IAM Western Territory General Vice President Gary R. Allen. “The willingness to help others is what makes our movement endure. Thanks to Brother Gehringer along with his late mother for their selfless donation.”

These furry friends are more than trusted companions, they are heroes that make a difference in people’s lives every single day. So what are you waiting for? Take the challenge and join John! Donate today!