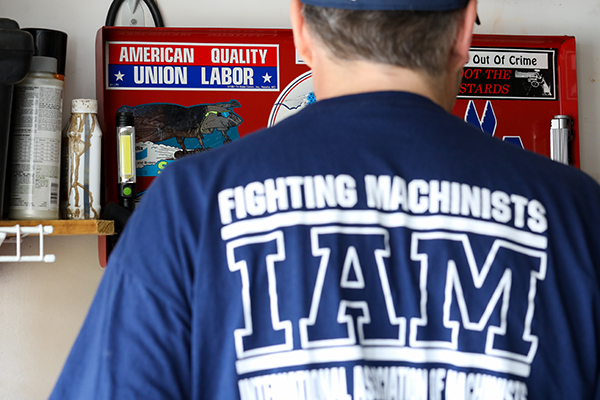 Members of Local 531C are speaking out and sharing their personal stories.

Since last year’s vote, six people have been terminated for showing their union support. Notably, three of the terminated workers are flight readiness technicians/inspectors falsely accused of missing a bird strike on an engine during a post-flight inspection. A subsequent FAA investigation fully supported the flight readiness inspectors’ assertions that there was no evidence of a bird strike infecting the engine core, as Boeing had claimed. No company should ever make union avoidance a higher priority than truthfully reporting safety issues. Now is certainly not the time for Boeing to play fast and loose with critical safety claims.

Standing Up at Boeing South Carolina

Boeing is denying democracy at work to the company's South Carolina Flight Line workers who voted for the IAM. Now, Boeing is intimidating and firing union supporters. We’re fighting back.

Posted by Machinists Union on Thursday, May 2, 2019