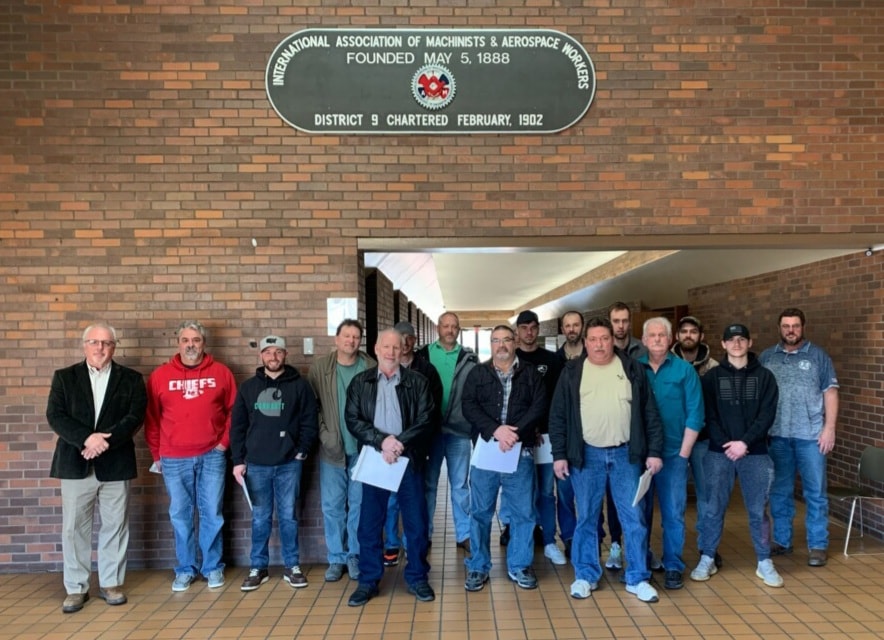 The membership voted overwhelmingly to accept the tentative agreement, which includes District 9 healthcare with no premium cost to the employee, the District 9 defined contribution pension plan and wage increases of $2 per hour over the three-year contract.

“The strength of the guys at David Taylor and the prep work that Organizer Bob Beloit did allow us to negotiate a great first contract,” said Dwight Terry, District 9 Business Representative. “As the group said that day, we voted this contract as a great place to start.”

“This was a strong group from the beginning with the lead coming from one of our members,” said Bob Beloit, District 9 Organizer. “The company put up a strong fight hiring an anti-union attorney who brought in a full-time union-busting consultant. The group held strong through the campaign delivering a win on election day that found us all coming together for a fish fry at a local park.”

“This is a great first contract for our members, one in which will serve as a strong foundational template for future negotiations,” said IAM Midwest Territory General Vice President Steve Galloway. “I congratulate the members of David Taylor for their solidarity in overcoming the company’s anti-union campaign and winning major job improvements for themselves and their co-workers. Special thanks go to District 9 Organizer Bob Beloit, Directing Business Representative Dave Weaver, Business Representative Dwight Terry, and all of the District 9 staff who provided leadership and guidance throughout the organizing and negotiations processes.”