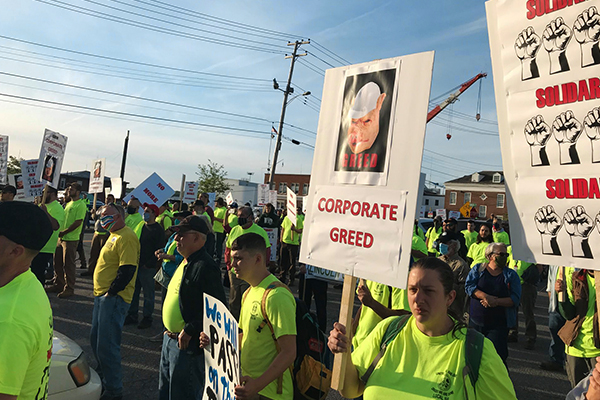 More than 4,300 IAM Local S6 members in Bath, ME could be forced to strike Monday following a vote this weekend on the “last, best and final” offer from Bath Iron Works. A major point of contention is BIW’s intention to bring in out-of-state subcontractors to perform IAM members’ core shipbuilding work.

“Now is the time to reward dedicated workers who have risked their health to maintain production,” said Martinez. “Sadly, it appears that BIW has chosen to take another path, as evidenced by the current negotiations. Your current actions jeopardize the government’s trust in you to fulfill our obligation to produce the finest warships in the world.”

“The men and women at BIW have the full support of the territory, and our staff,” said Eastern Territory General Vice President Jimmy Conigliaro Sr. “Their fight to stand against the outsourcing of their work to the lowest bidders is a noble and just cause. Their work must be defended.”