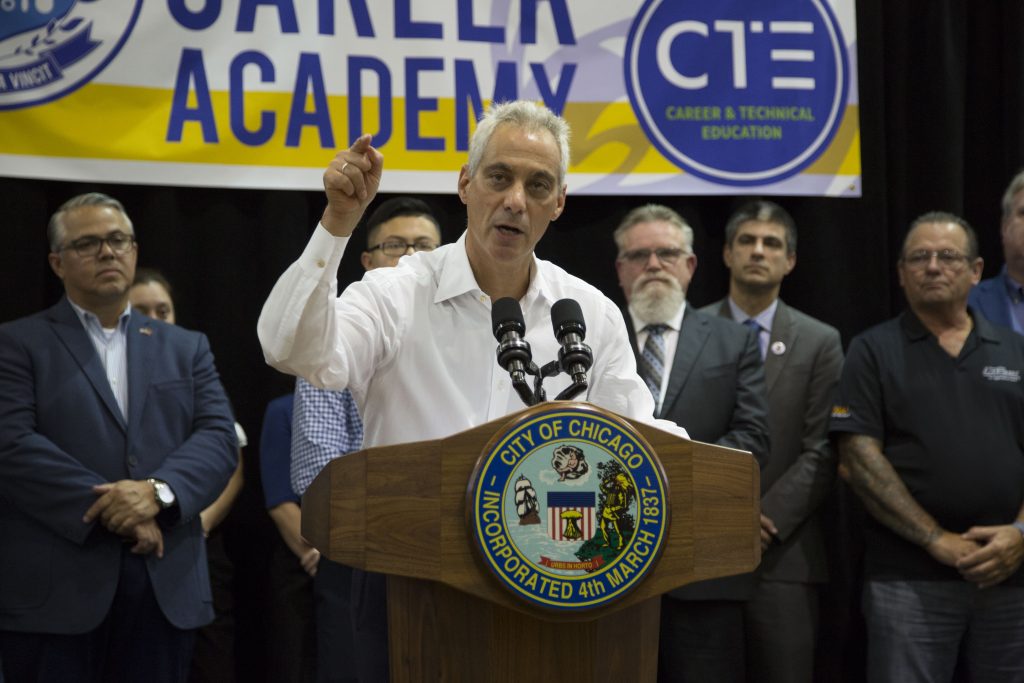 “Prosser will soon serve as a national model for specialized trade schools and showcase what our students can accomplish when given the opportunity to succeed,” said Mayor Emanuel. “By infusing our schools with strong partnerships like these, the future is brighter not only for our students but for employers across the city. I want to thank the Chicago Federation of Labor and all of our industry partners who are helping Chicago students to gain the skills necessary to access a 21st century career.” 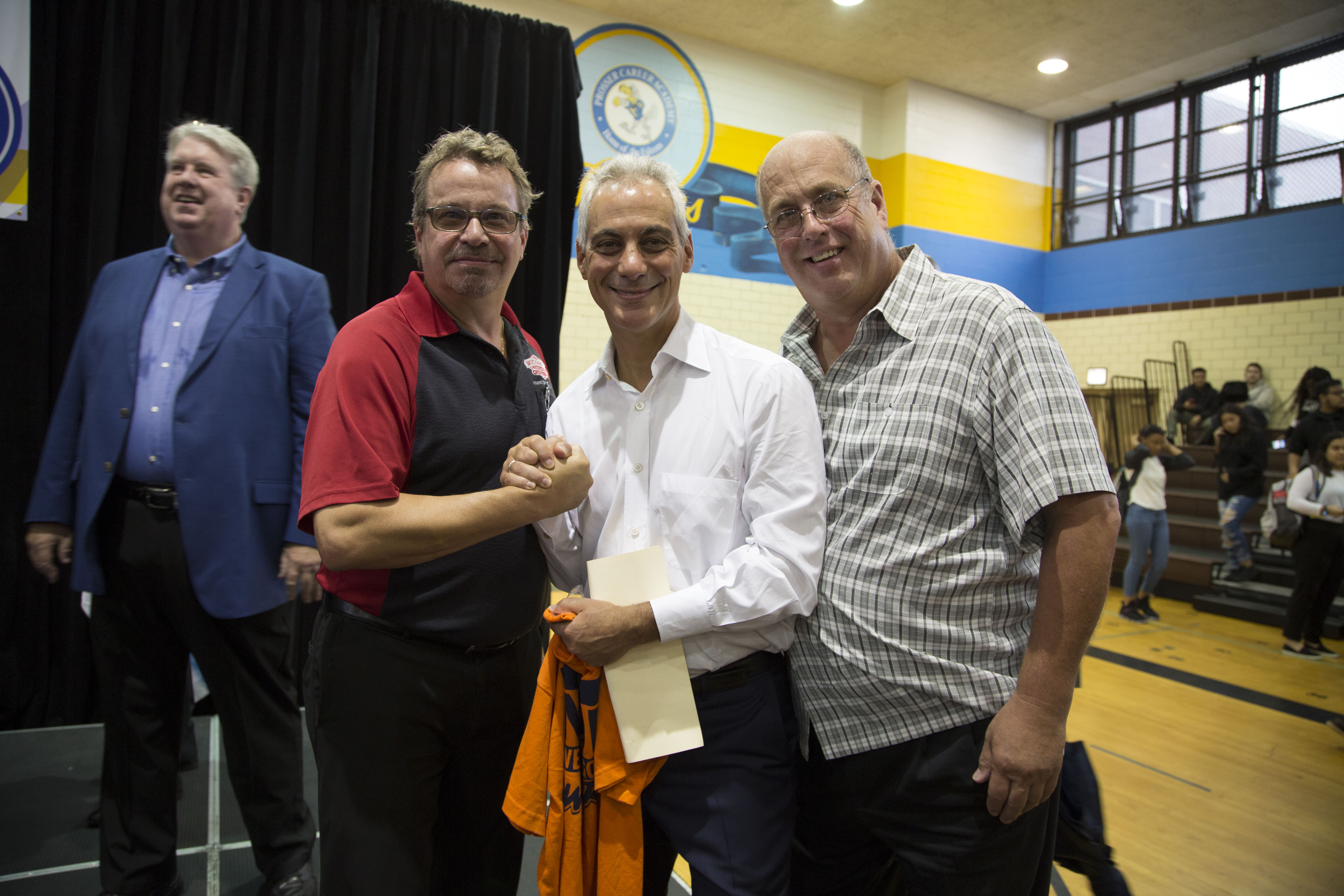 Prosser’s automotive department, where high school students learn basic automotive and small engine repair, will benefit from the investment as the plan calls for major facility improvements and outdated equipment replacement. The Chicago Public School system has requested the IAM Automobile Mechanics Local 701 Training Fund work with the school in defining a pre-apprenticeship program curriculum and identifying the most relevant automotive training tools and equipment.

IAM Local 701 is home to the IAM Local 701 Union and Training Facility – a first-rate automotive training center, which offers classes and on-the-job training on everything from basic auto mechanics to brakes, electrical, welding and cooling systems.

“We’ve been talking with the mayor and his administration for over a year, trying to patch in the high school students,” said IAM Local 701 Directing Business Representative Sam Cicinelli. “We see this as a great growth opportunity for our organization and our trade. We’re certainly lacking with back-filling people and we have a lot of people retiring. This is a great opportunity to capitalize on the shortage of mechanics, as well as be the frontrunner in organizing and growing the automotive industry.”

“The Mechanics Local 701 Training Fund looks forward to working with the automotive technology program at Prosser Career Academy in the development of the next generation of mechanics,” said IAM Local 701 Training Fund Program Director Dan Donahue. “Working closely with Prosser students and instructors, the training fund will be able to credit promising technicians for their high school work which will shorten the classroom time it takes to progress from an apprentice to a productive journeyman mechanic.”

“Congratulations to Directing Business Representative Sam Cicinelli and the staff of IAM Local 701,” said IAM Midwest Territory General Vice President Philip J. Gruber. “For years, we’ve been telling our children that to make it in life you have to finish high school and go to college. Get a four-year degree. That was a huge mistake to our future workforce and to our country. The truth is jobs that require a four-year degree today make up less than half of the job market.

“Over the last 50 years or so, we’ve watched as public school systems have cut funding to vocational school programs one by one. Today’s announcement was a huge step in the right direction and the first step in rebuilding America’s middle class. I’m proud to see Local 701 and their state-of-the-art training center continuing to lead the way in automotive training for mechanics of the future.”

The $12 million investment will include other labor partners in their respective industries, as well. Other labor partners include UNITE HERE Local 1 in culinary arts and food service, the International Brotherhood of Electrical Workers (IBEW) Local 134 in electrical and alternative energy, and the Laborers International Union of North America (LIUNA) in carpentry and construction trades.