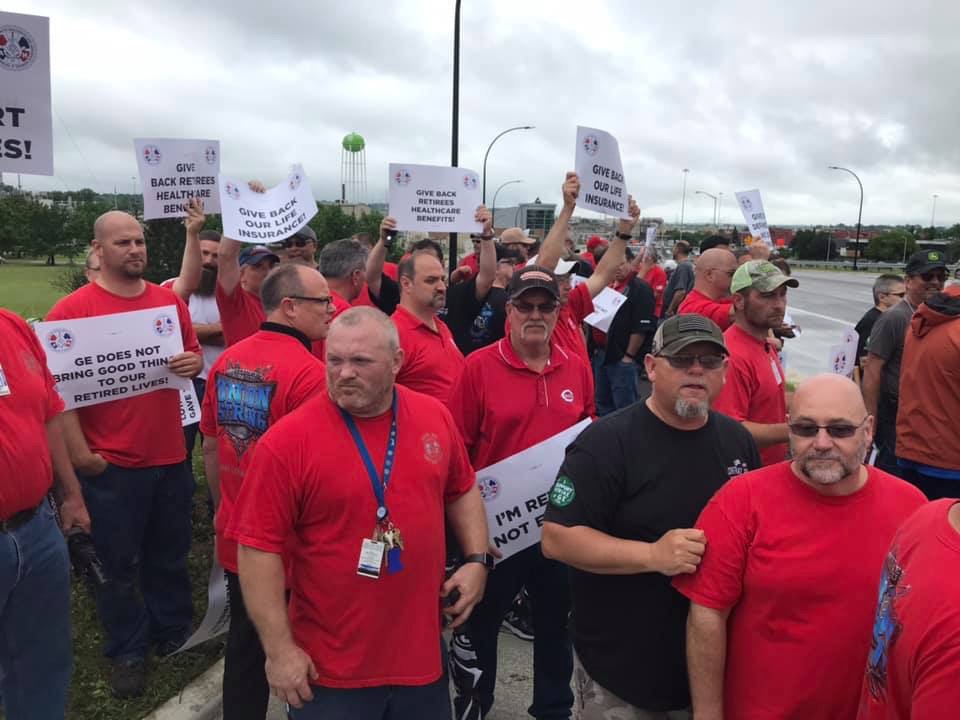 The IAM has served GE with the 10-day strike notification. The IAM will officially begin the strike on August 12, 2019, at 12:01 am. IAM Representatives and the Negotiating Committees are ready and willing to meet with GE at any time to negotiate a fair and equitable contract for IAM members.

Issues of concern still include wages, overtime, health care, and providing dignity and respect for retirees at GE.

“Our working men and women at GE deserve a contract that mirrors their efforts in helping make GE aviation and medical the company’s most profitable divisions,” said IAM International President Robert Martinez Jr. “The history of this contract has helped set the standard across the manufacturing industry. Our members are choosing respect and dignity over corporate greed.”

“Our IAM members in Wisconsin and Ohio have spoken overwhelmingly that GE’s contract was a concessionary proposal,” said IAM General Vice President Brian Bryant. “It’s time for GE to recognize the value our members contribute to the economic health of this corporation and bargain a fair contract.”