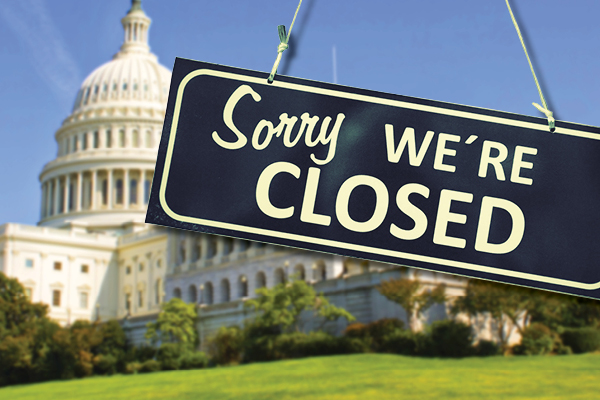 The lives of hundreds of thousands of federal employees and contractors, including NFFE-IAM and IAM members, are in limbo as political squabbling continues to shut down the government. It is the third time in a year that the government has shut down.

Dedicated federal employees, a third of whom are veterans, should not be held ransom to pay for a campaign promise. Enough is enough. End the shutdown now.

NFFE-IAM Federal District 1 President/Directing Business Representative Randy Erwin appeared on CNN’s New Day Weekend to discuss the effects of a government shutdown and furlough on federal employees and their families, especially during the holiday season.

“They had the carpet ripped out from under them,” said Erwin. “We have members who live paycheck to paycheck making $26,000 or $27,000 a year. They cannot sustain a cut-off from income for any length of time.”

NFFE-IAM Local 1968 member Erin Kidwell and her husband, who is also a furloughed federal employee, face an uncertain future.

“The hardest part is the demoralizing of our employment,” said Kidwell, who works at Mt. Hood National Forest in Oregon. “Playing around with our jobs like they’re a political game.”

Peter Ludlam, a NFFE-IAM Local 1450 member who works for the Housing and Urban Development Department in California, says the shutdowns have made colleagues nearing retirement think twice about coming back.

“It’s dangerous when you have a catalyst like this, because if you have a whole bunch of people retiring at once that means centuries of combined experience that is just gone,” said Ludlam.