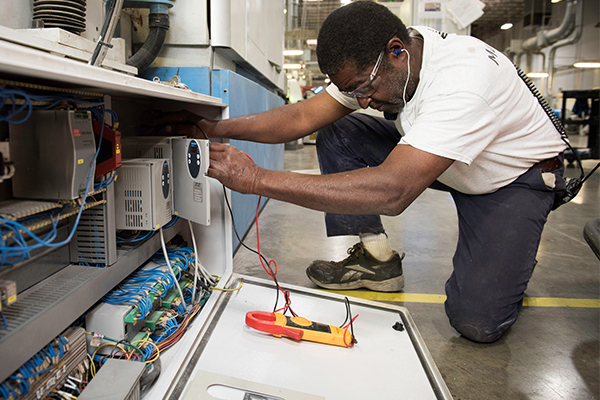 A group of nearly 170 IKEA warehouse workers in Joliet and Minooka, IL have ratified their first contract with IAM Local 701.

The warehouse workers at the Joliet and Minooka distribution centers voted to be represented by IAM Local 701 in June 2019.  Local 701 Business Representative (BR) Rich Handler along with Special Representative (SR) Bob Walls of the IAM Woodworkers Department immediately reached out to the company requesting negotiation dates following the vote.

After months of negotiations, a final deal was struck and on April 24, 2020 the warehouse workers overwhelmingly voted and accepted the contract.  The vote was 92 to 7 in favor of their first agreement.

“It was a long journey to get to the point of ratifying the IKEA workers’ first contract,” said Handler. “The agreement contains substantial increases in pay, plus the many additional benefits of working under a 701 contract. I credit its success to the patience and hard work of the workers and the collective effort from the Bargaining Committee over the last year along with a strong turnout for the vote.”

“Local 701 is proud of the hard work that the negotiating team put into this first contract, as well as the warehouse workers who stood up to the company and ratified a contract that they rightfully deserve. Congratulations to all the IKEA workers and welcome to the IAM,” said Cicinelli.

“Congratulations to the members of IAM Local 701 at IKEA,” said IAM Midwest Territory General Vice President Steve Galloway. “Achieving a first contract is no easy feat. I’d like to thank the Bargaining Committee, BR Rich Handler, DBR Sam Cicinelli, and SR Bob Walls for their hard work in helping secure this agreement. With a solid first contract now in place, I’m excited to see how our new members grow with the support of the IAM.”