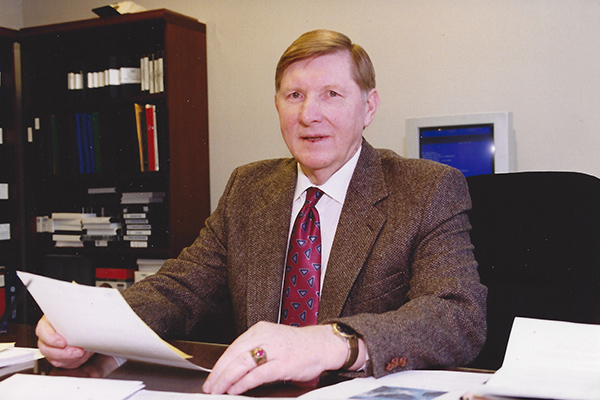 Retired IAM Administrative Assistant and Organizing Department Director Gary Will passed away on June 15 at the age of 79 and is remembered by his IAM sisters and brothers for his 58 years of dedicated service.

“The IAM has lost a true leader with the passing of Gary Will,” said IAM International President Bob Martinez. “His influence on this union can still be seen more than 16 years after his retirement. He was a friend to many and will be missed by all.”

Will was a force in Oregon politics where politicians ardently sought the support of the Machinists for their election campaigns. U.S. Sen. Ron Wyden (D-OR) credited Will and the Machinists Union’s support as crucial in beginning his Congressional career.

In 1981, Will was appointed as a Special Representative and then Grand Lodge Representative in 1983.  He served as the Administrative Assistant and Director of Organizing on the staff of General Vice President Larry Downing from March 1991 until he retired in March 2001.

Those who worked for Will appreciated his sense of humor and his belief in their abilities and input when it came to organizing. He instituted the IAM’s apprentice organizer program, and was instrumental in the 1994 affiliation of the International Woodworkers of America with the IAM.

He was a dedicated family man who loved his wife, six children and 32 grand and great-grandchildren.