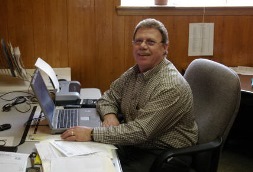 Griffin’s union activism originated with the Allied Industrial Workers, where he served in many capacities from 1969 through 1994. He joined IAM Local 1377 in March 1994 at Waukesha Engine, where he would go on to serve as a Union Steward and Chairman of the Bargaining Committee. He helped negotiate many contracts, including a 2003 negotiation that resulted in an 85-day strike to protect retiree benefits.

In November 2005, Griffin became a Business Representative for District 10, where took on many leadership roles and furthered his education by taking classes in contract negotiation, administration, time study, job evaluation, labor law and health and safety.

In addition to his work with the IAM, Griffin enjoyed spending time with his grandchildren, friends and family. Earlier in life he was an avid outdoorsman who enjoyed fishing and hunting.

“It goes without saying that Don’s death will leave a giant void throughout the state,” said IAM District 10 Directing Business Representative Russell Krings. “His representation of members stretched from Fond du Lac to Kenosha to Madison to Waukesha. He proudly served members from Mercury Marine, General Electric, Ocean Spray and the Perlick Corporation, just to name a few.

“Thank you to Don’s wife, Karen, and his family for unselfishly sharing him with us over these many years,” continued Krings. “Don will be not only missed and remembered for his devotion to the labor movement, but also as a respected and valued friend.”