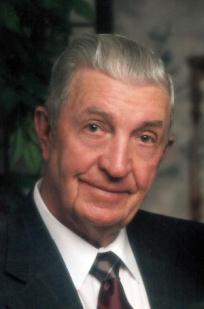 After a long life spent in service to family, friends, country and union, former Midwest Territory General Vice President (GVP) Merle E. Pryor, Jr., died on June 8 in Ft. Scott, Kansas. Pryor, 80, retired from the IAM in 1993 after a union career that began in 1955 as a member of Local 834 in Wichita, KS and concluded nearly four decades later as the highest elected IAM official in the Midwest Territory, an area of responsibility that included Illinois, Wisconsin, Minnesota, Kansas, Missouri, Iowa, Nebraska, South Dakota, North Dakota and the upper peninsula of Michigan.

“Merle Pryor rose from the shop floor to serve at the highest levels of responsibility in the IAM,” said IAM President Tom Buffenbarger. “He did so as a true journeyman, never forgetting his roots and willing to take on an ever increasing range of new responsibilities. On behalf of the members he served and the entire Executive Council, I want to extend my sincere condolences and thanks to his family for sharing him with us for nearly 40 years.”

Born and raised in Pittsburg, Kansas, Pryor enlisted in the United States Air Force in 1950 and served during the Korean War. Following an honorable discharge in 1954, Pryor returned to Kansas and was hired as a maintenance machinist by the Boeing Company, where he was elected Shop Steward for Local 834 members in 1957. Pryor was later elected to numerous positions in the local, including negotiating committee member, sentinel, trustee and vice president. In 1960, he joined the staff of District 70 in Wichita as an organizer and was elected Business Representative in 1964.

Named a Grand Lodge Representative in 1970, Pryor was responsible for organizing and servicing members in the Midwest’s booming aerospace and general aviation industry. Early in 1977, Pryor was assigned to the IAM’s Midwest Territory office in Chicago as Administrative Assistant to the General Vice President, a position he held until 1977, when he was appointed to fill a vacancy on the union’s Executive Council as General Vice President of the Great Lakes Territory.