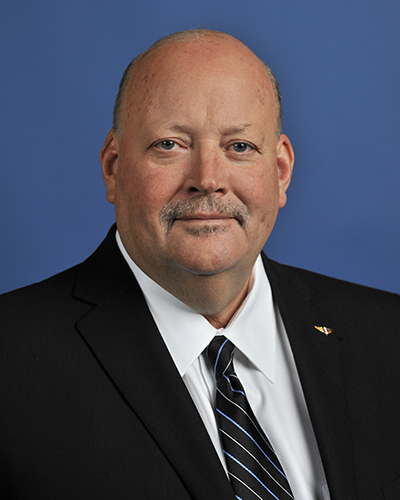 The Machinists Union mourns the loss of Aerospace Coordinator Mark B. Johnson, 62, who passed away on Sunday, Nov. 24, 2019.

Johnson initiated into IAM Local 751-C in 1977 as a facilities maintenance mechanic for the Boeing Co. in Auburn, WA. He would go on to become a Business Representative and Organizer for District 751 in 2005, representing IAM members at Boeing’s plants in Renton and Auburn.

Johnson was appointed Aerospace Department Special Representative in February 2012, and was tapped to be Aerospace Coordinator later that year.

“I send my deepest sympathies on behalf of our Executive Council and the entire IAM to Brother Mark Johnson’s family during this difficult time,” said IAM International President Robert Martinez Jr. “For decades Mark served the IAM and its membership and remained dedicated and committed. He lived and breathed the IAM for his entire adult life, and we will always remember him.”

Funeral arrangements are still being finalized as of early Tuesday afternoon.

“Mark was a great asset to our union and an extremely close friend of mine for decades. His many years of experience proved invaluable to all who had the great honor of working with him,” said IAM Aerospace General Vice President Mark Blondin. “Our condolences go to Mark’s family as we honor him by never forgetting his countless contributions to the IAM and the labor movement.”