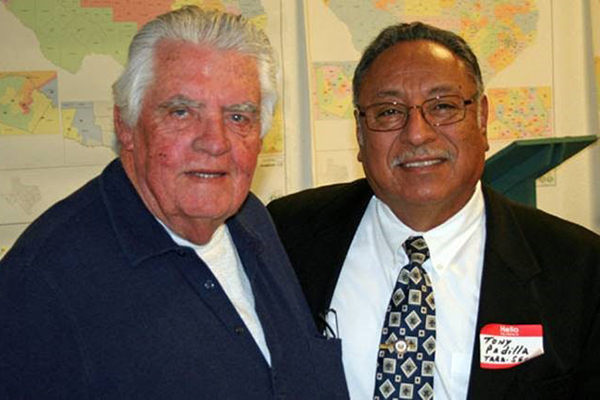 The IAM family is saddened to learn of the passing of Billy C. Robinson, a longtime advocate for fellow space program members and retirees at NASA’s Johnson Space Center in Texas. Robinson, 84, passed away on Monday, April 22.

Robinson initiated into IAM Local 1786 (District 37) in 1970 when he was hired as an electric and graphics technician at NASA. He would go on to serve as president of Local 1786 and had a 33-year career at NASA, where he loved helping humankind leave Earth’s orbit and explore the universe.

Throughout his career, Robinson was known for his vigorous support of space program funding. Through the IAM, the Texas AFL-CIO and in the political arena, Robinson carried the torch for middle-class families who are the backbone of NASA.

“Brother Billy will be dearly missed by our union and the countless men and women who live better lives thanks to his sacrifice,” said IAM International President Robert Martinez Jr. “Billy was passionate about helping people and treated every issue that confronted our membership like it was his own. The entire IAM sends our thoughts and prayers to his family and many friends.”