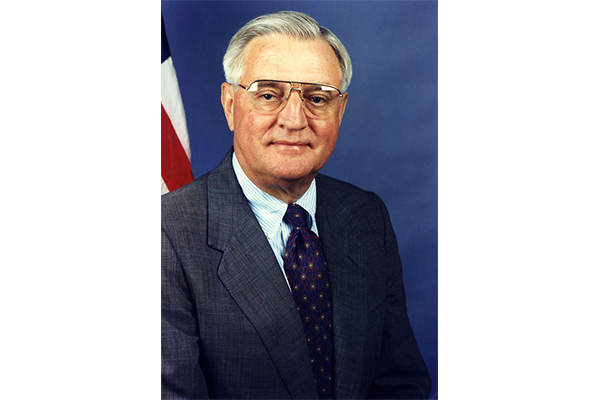 This week IAM political ally and former Vice President Walter Mondale passed away at age 93 in Minneapolis. Mondale, who became a pro-labor U.S. senator from Minnesota in 1964, was elected vice president under Jimmy Carter in 1976 earning an endorsement from the Machinists Union at that year’s Grand Lodge Convention in Hollywood, FL.

“Unions stand for justice in America. It is the only system devised in democracy that gives working people a voice in their future. Without it, the rights of working people and democracy itself are threatened. That’s the point of solidarity,” Mondale would later say.

Upon leaving the White House in 1981 Mondale would return to politics in 1984 and would again earn the Machinists’ endorsement during an unsuccessful bid for president. During a speech in front of 1,800 delegates at the IAM Grand Lodge Convention in Seattle, Mondale spoke about the NLRB saying: “I want to be the president to get this nation moving again in the right direction so that people who work for a living can have a decent life; security; prosperity and employment where the right of working Americans to join together in a union, to bargain, to strike and to have the benefits of the National Labor Relations Act, is supported by a Board that believes that law is a right for every working American.”

Years later Mondale would support the Machinists Union by participating in organizational voter outreach drives. In December of 2007 he toured the state of Iowa and encouraged IAM members to vote in the 2008 presidential election. His visit included stops at Machinists’ lodges in Council Bluffs and Cedar Rapids.