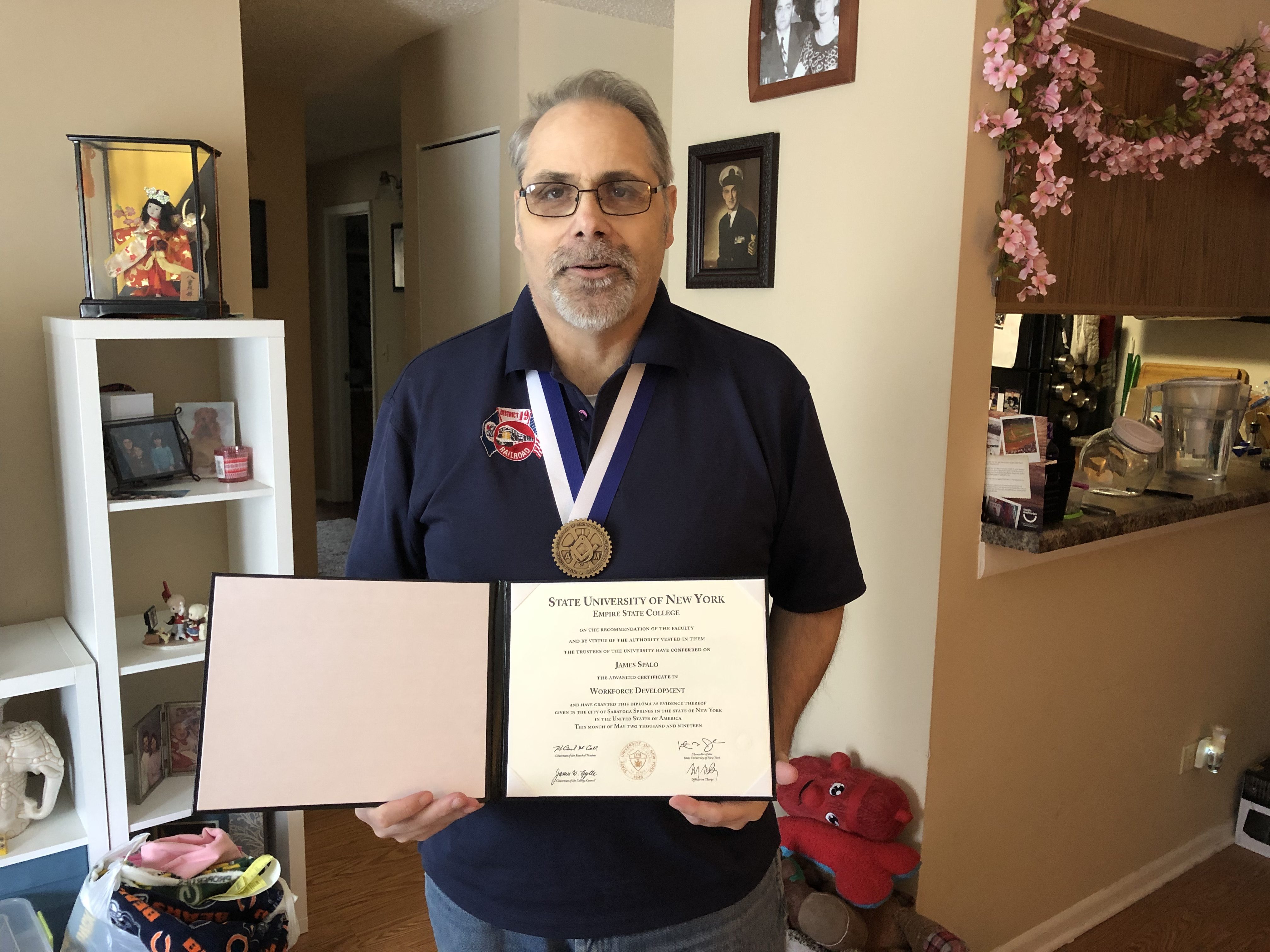 The Machinists Union mourns the loss of Jim Spalo. He passed away September 24 at the age of 59.

Spalo, a U.S. Air Force veteran and recording secretary for IAM Local 478 in Northlake, IL, was a heralded advocate for labor education.

That included taking many classes at the William W. Winpisinger Education and Technology Center, in addition to assisting with teaching about the railroad industry. Spalo also worked as a HAZMAT trainer for the Union Pacific Railroad, where he worked as a machinist since 2000.

A 2013 graduate of the National Labor College, Spalo was working through his master’s degree at Empire State College in work and labor policy when he was diagnosed with cancer that had spread across his body. As a result, Spalo had to withdraw from the program.

In recognition of the classes he had completed, Spalo was awarded an advanced certificate in work and public policy by the Graduate School of Empire State College. In addition to receiving an advanced certificate from Empire State College, Spalo was made an honorary instructor at the William W. Winpisinger Education and Technology Center by International President Robert Martinez Jr.

“By being named the first ever honorary Winpisinger Center instructor, we recognized Jim’s commitment to education and improving the lives of other IAM members through education,” said Martinez. “We are proud of Jim, his accomplishments and his passion for education. We mourn his passing and extend to his family as well as his Brothers and Sisters in Local 487 our heartfelt condolences.”

“Jim Spalo’s commitment to educating workers across the railroad industry was second to none,” said IAM Transportation General Vice President Sito Pantoja. “Brother Spalo was a force in this movement, and I honor him for his achievements and for shaping the IAM’s future. We send our heartfelt thoughts to his family and close friends.”