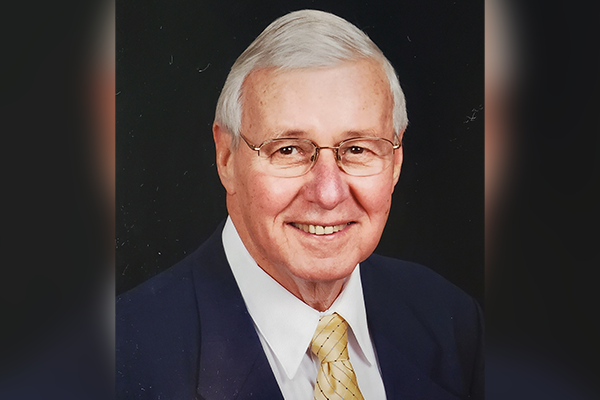 The IAM is deeply saddened to learn of the passing of retired Machinist, Charlie (Gene) Bradford, at the age of 89. Bradford held many roles in the IAM in his 43-year career, and his 70 years with the IAM earned him the rare honor of a Gold Lifetime Membership card, bestowed upon members who reach 50 years of membership.

At the time of his retirement, he was the Director of Apprenticeship, Scholarship, Safety and Health, Community Services, Retirees as well as IAM CARES and IAM CREST.

“The IAM has lost a great union Brother and pioneer,” said IAM International President Robert Martinez Jr. “Brother Bradford’s mission in life was to serve those who were suffering or in need. He helped build programs in the IAM that addressed those issues, championed civil rights and assisted the disabled. On behalf of the Executive Council and the entire Machinists Union, I send our condolences to his wife, Dorothy, their daughter and our own IAM Info Systems Director Colleen Morgan, and the entire Bradford family.”

Bradford initiated into the IAM in 1952. He worked various union jobs including Anheuser Busch brewery, serving as President of his Local 41.

His devotion to assisting others transitioned him to take a job in 1968 with the Human Resources Development Institute (HRDI) of St. Louis to assist in the newly developed Civil Rights programs.

In 1972, Bradford took a position at the AFL-CIO’s HRDI program in Washington, DC where he became the Executive Director. In his final years at HRDI, he assisted the IAM in 1977 in the development and training of the first IAM Civil Rights department.

In March 1979, Bradford took a position at IAM Headquarters where he held many positions over the years. He participated in the first Organizing training program at the Winpisinger Center. He later developed the IAM CARES Program. He also began the IAM CREST program to provide safety/OSHA training onsite with major companies to keep the IAM members safe while on the job.