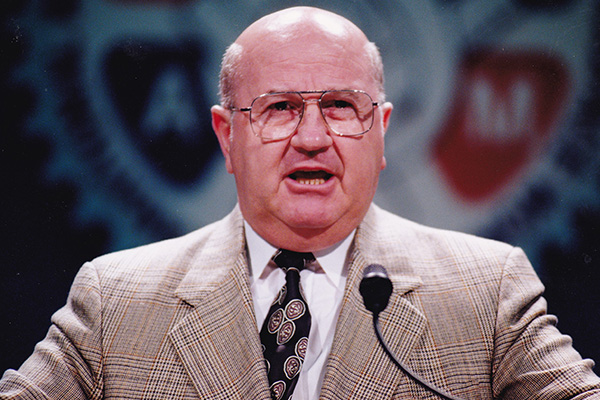 The Machinists Union mourns the loss of former IAM Government Affairs Director John Meese, who passed away December 31, 2019 at the age of 85.

“John Meese faithfully served the IAM for more than 27 years and his leadership inspired many others that followed,” said IAM International President Robert Martinez Jr. “The labor movement has lost a true leader, and our hearts go out to his family.”

Following his retirement from the IAM in 1994, Meese continued his service to labor as President of the AFL-CIO Metal Trades Department of until 2002.