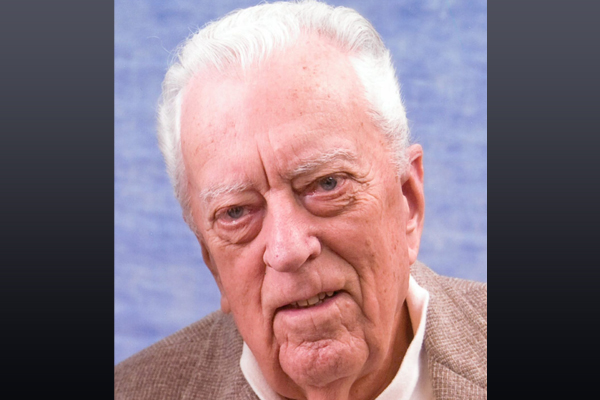 Black was a longtime IAM member who was lauded for his contributions to the organization, in addition to his service to the country. In 2013, Black was honored with the IAM’s 70-year Veteran Award and honorary pin for his many years of service.

“Theron Black was a great man and a dedicated unionist who was always there when called upon,” said IAM International President Robert Martinez, Jr. “Myself and the entire Machinists Union will forever remember his contributions to the labor movement. We stand with his family and offer our thoughts and prayers during this difficult time.”

Black first initiated into the IAM as a member of Local 733 in Wichita, KS, in 1941. He worked as a Flight Line and Assembly Mechanic for the Beech Aircraft Corp., which is known today as the Beechcraft Corp.

He joined the U.S. Air Force in 1943 where he served and supported the war efforts as a Flight Engineer and Crew Chief of a B-29 strategic bomber, doing aerial reconnaissance photography in the South Pacific and Japan during World War II.

He was reinstated to Local 733 when he returned from his deployment in 1946. Black held various union positions, including Recording Secretary and Trustee.

Black is also recognized for being a founding member of the Kansas School for Effective Learning (KANSEL), a program started by local machinists to help provide our community with a skilled and educated workforce, which was organized in the basement of the District 70 building on South Meridian in 1989.