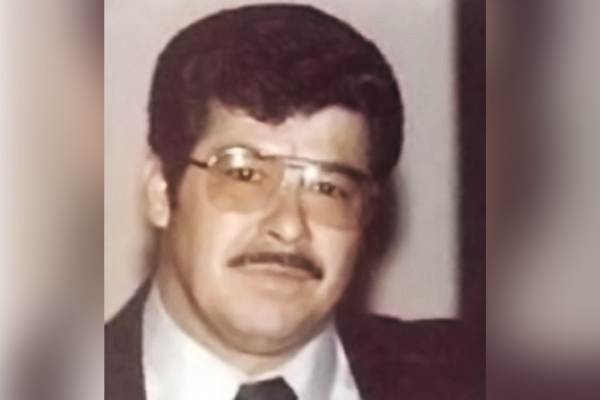 The IAM is sad to learn of the passing of Retired Grand Lodge Representative Jose Rodriguez at the age of 78. Rodriguez served the IAM for over 30 years before his retirement in April 2007.

Born in Ocotlan Jalisco, Mexico, Rodriguez was a U.S. Army veteran serving from 1960 to 1964. In 1965 he joined the Machinists Union while working at Thorsen Tool Manufacturing. Rodriguez quickly got involved with the union, serving in the capacity of steward, chief steward and president of Local 1566, delegate to District 115, executive board member and in 1973 became District 115 Organizer.

Rodriguez served the IAM in several capacities starting as a Business Representative in 1976 for Local 1546 in California. He was appointed at a Special Representative to the Western Territory in 1979 and then served as a Grand Lodge Representative from 1981 until his retirement in 2007. He serviced manufacturing, automotive, copper, bakeries, shipyards, and of course organizing in all those industries. In addition to his work with the IAM, Rodriguez promoted many Hispanic causes by his work as a LCLAA National Executive Board Member for many years. He was known throughout the Western Territory for mentoring many representatives.

“Jose Rodriguez was a trailblazer for people of color in the IAM and the Labor movement,” said Western Territory General Vice President Gary R. Allen. “His example of selfless service to others inspired many to follow his lead. He often spoke out about the lack of diversity in the ranks of leadership when it was neither safe or popular – through his steadfast conviction he and others paved the way for more diversity at every level of the IAM! Jose and his good friend the late Andy Barnes (who was an African American) were both hired as GLR’s the same day by then GVP Justin Ostro. They both served as examples to those of us who were aspiring to be where they were. I will always remember my Brother Jose Rodriguez as a fierce fighter for the IAM and our Members a fine trade unionist, a pioneer and a good friend.”

“Brother Rodriguez dedicated over three decades of his life to serving the members of the IAM and fighting for working people,” said International President Robert Martinez Jr. “He was a true unionist and a great leader. I was proud to work with him in LCLAA and I know he will be missed by many! Our thoughts and prayers are with his family during this difficult time.”

Rodriguez is survived by his beloved wife Rosa. Due to concerns regarding the coronavirus, the family will have a private funeral service.

Memorial contributions may be made in his memory to Guide Dogs of America at 13445 Glenoaks Blvd Sylmar, CA  91342.