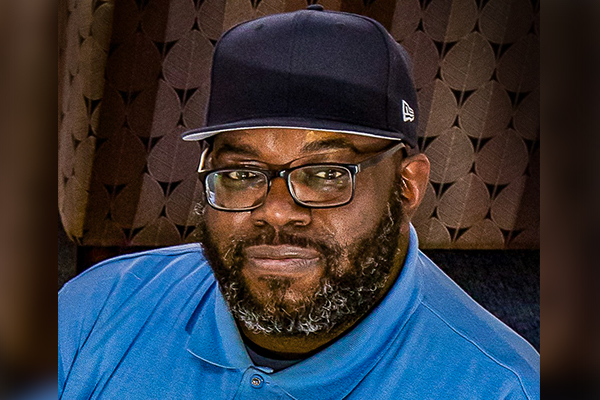 The IAM has regretfully learned of the passing of William W. Winpisinger Education Center employee Marvin Banks. Brother Banks worked for the IAM for nearly 12 years and served as the overnight security guard at the school.

A memorial ceremony was held Thursday, June 25 in the Workers’ Memorial Garden at the William W. Winpisinger Education and Technology Center in Hollywood, MD.

“The Winpisinger Center was a better place – and better reflected the values that define us as an organization – because of Marvin’s presence and his work,” said International President Robert Martinez Jr. “Marvin treated every member-participant and his co-workers with respect. He did so much, for so many, for so long—and never asked for anything in return. Marvin was a true trade unionist. We will miss him.”

“Marvin worked as a security guard here at the Winpisinger Center – in that role it is true that Marvin ensured the safety of the members who attended programs here and made sure the campus and all its buildings were secure,” said William W. Winpisinger Center Director Chris Wagoner. “But in reality the job title in no way captures the many hats Marvin wore or the personal qualities that he possessed that allowed him to excel at his job. It was an honor to know and work alongside him.”

A visitation will be held from 11 a.m. to noon on Monday, June 29, 2020, at the Briscoe-Tonic Funeral Home located at 38576 Brett Way, Mechanicsville, MD 20659. The funeral service will immediately follow the visitation.