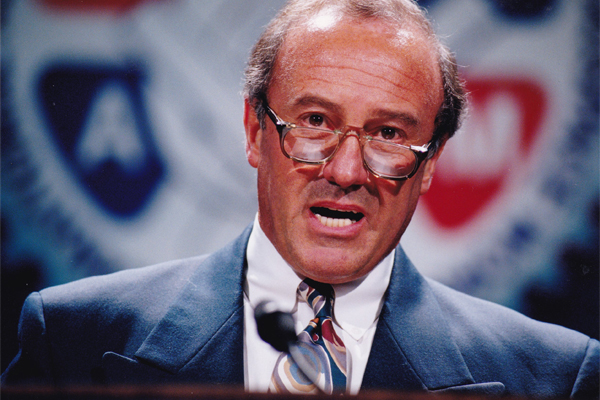 The Machinists Union mourns the loss of former Director of Collective Bargaining James Pinto, who passed away December 26, 2019 in Silver Spring, MD.

“Jim Pinto was a dedicated leader in the IAM family for nearly 34 years,” said IAM International President Robert Martinez Jr. “His ability to coordinate with other industrial unions was key to his success in our Collective Bargaining Department.”

Pinto was born and raised in Utica, NY. He joined IAM Local 1509 in 1964, when he went to work for the Utica General Electric plant. He became active in the local and then in the IAM Eastern Territory. In 1970 he became a Special Representative, and in 1972 a Grand Lodge Representative.

He joined the IAM Headquarters staff 1981 as the Director of Collective Bargaining, where he served until his retirement in 2002.