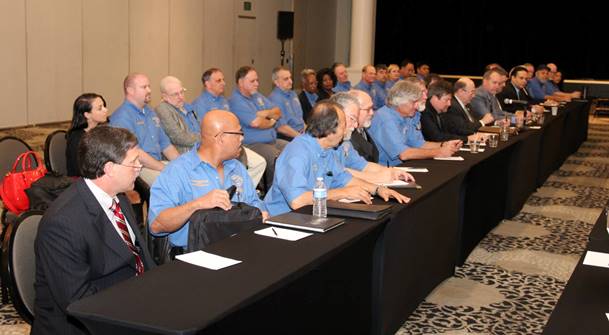 “The representatives at this table are united to make sure Lockheed Martin remains a leader in aerospace but to ensure the thousands of IAM members who make Lockheed successful get the best wages, benefits and job security possible,” said IAM International President Tom Buffenbarger, who was joined by Headquarters GVP Robert Martinez, Jr., Western Territory GVP Gary Allen and Southern Territory GVP Mark Blondin.

“Lockheed Martin looks forward to working with the IAM negotiators toward reaching a fair and equitable labor agreement,” said Lockheed Martin’s Vice President of Human Resources Craig Weller, who acknowledged that IAM workers are the best in the business. “I know everyone wants Lockheed Martin to be a strong viable company, and part of that equation is a contract that is fair for our employees and also meets our Corporation’s goals.