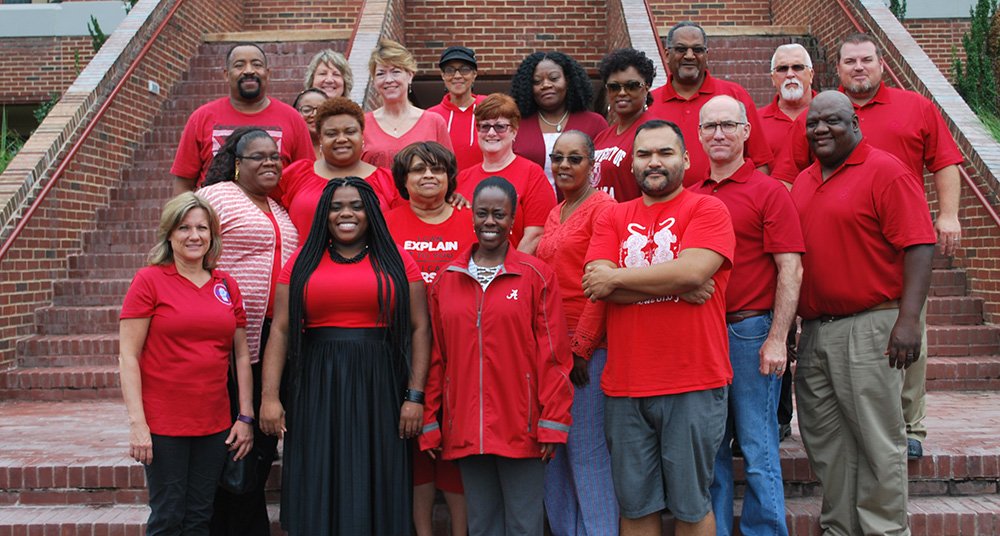 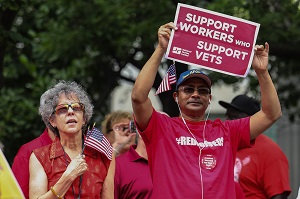 “It’s always a great day when labor forces join together, in solidarity, on behalf of the hardworking federal employees who serve this country,” said NFFE-IAM National President Randy Erwin. “These executive orders are a direct attack on our constitutional first amendment rights—the right to freedom of association and the right to form and join a union. Today’s rally and hearing is a reminder to all of us that united we fight and divided we fail.” 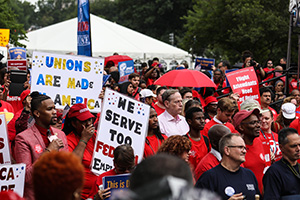 The unions are seeking an injunction from the court to block further implementation of the three executive orders that unlawfully prohibit statutory guarantees to legitimate representation and due process in the federal workplace. Joining the sentiment of federal unions are members of Congress from both parties, sending three separate letters to Trump requesting that he rescind the orders. Additionally, a bipartisan group of current and former congressional leaders filed an amicus brief in opposition of the EO.