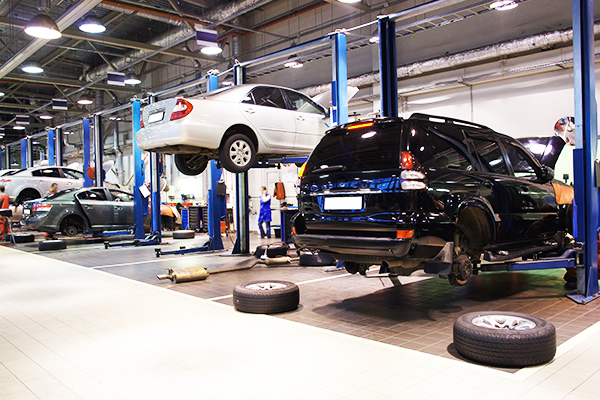 The IAM recently wrote a letter to U.S. Rep. Bobby Rush (D-IL) on behalf of the thousands of highly-skilled automotive dealership technicians that the IAM represents. The letter was in strong opposition to Rep. Rush’s recently introduced legislation, the Right to Equitable and Professional Auto Industry Repair Act (H.R. 6570), also known as the REPAIR ACT. This proposed federal legislation risks vehicle safety and threatens working conditions such as fair wages for scores of workers in your representative district, including members of the IAM Mechanics Union Local 701. If the REPAIR ACT became law, it would completely negate the collective bi-partisan efforts of Illinois’ state bill HB-3940, which was signed into law by Gov. J.B. Pritzker last year, IAM International President Robert Martinez Jr., wrote in the letter.

IAM Mechanics’ Union Local 701 championed the state bill from its onset along with the assistance from the Illinois State AFL-CIO, the Chicago Federation of Labor, and the Chicago Automobile Trade Association.

“HB-3940 was intended to finally fairly compensate the automobile dealerships, which in turn, would fairly compensate the technicians working on warranty repairs at the retail rate,” Martinez wrote. “This collaborative effort was a bi-partisan effort to finally address the shortcomings paid from the manufacturers. This new law finally addresses concerns within our industry, which includes poor retention as technicians were leaving due to the pay methodology, as well as failure to attract youth to this highly-skilled craft. This state law is intended to remedy the nationwide technician shortage.”

“We worked really hard to champion an industry changing bill in Illinois in the hopes that it catches on in other states which finally addresses a fair means of compensation for technicians,” said IAM Local 701 Directing Business Representative Sam Cicinelli. “It would be disheartening to have the rug pulled out from underneath not only our members’ feet, but also the other deserving technicians striving for the same opportunity with a negating federal barrier.”

“The IAM calls on Rep. Rush to put workers and American families first – not the profits of multi-billion dollar car manufacturers,” said IAM Midwest Territory General Vice President Steve Galloway. “Our members deserve fair wages and working conditions, and drivers everywhere deserve the peace of mind knowing that their vehicle has been repaired by a qualified technician. The IAM is vehemently opposed to this bill.”