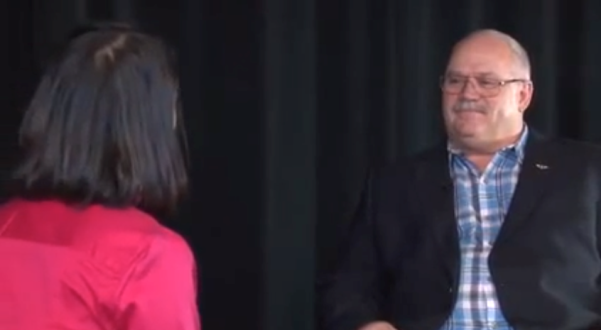 IAM Organizing Director Don Barker talks about the ongoing Boeing campaign in South Carolina during a one-on-one interview with the Machinists News Network.

Workers at Boeing in North Charleston, SC should not have to deal with harassment and intimidation when it comes to joining a union. They should be able to decide for themselves, said IAM Organizing Director Don Barker in a recent one-on-one interview with the Machinists News Network.

“We just want a fair shake,” said Barker. “All we’re asking is that Boeing not intimidate their employees and let them choose for themselves.”

“We’re after equality in the workforce,” he continued. “The only equality – no matter if you’re in South Carolina, or if you’re in Texas, or if you’re in Washington – is through collective bargaining. Everyone that possesses the skill to do that type of work should be equally paid.”

Barker put to rest the various claims about how the Machinists came to organize the 2,500 workers in South Carolina. The truth, he says, is that the workers asked the Machinists to come in.

“Some of the employees there realized the difference in what they were making and what other Boeing facilities were paying because of contracts with the Machinists Union,” explains Barker. “They were being left behind. And so they did contact us and we started our campaign.”

“We’re about a partnership – working with workers and employers together to make it better for everyone,” said Barker. “We understand that without a productive workforce, the employer can’t stay in business. And if the employer can’t stay in business, it does us no good either. We have to work together in order to build the product – on time, on schedule, and at cost – in order for us all to survive.”