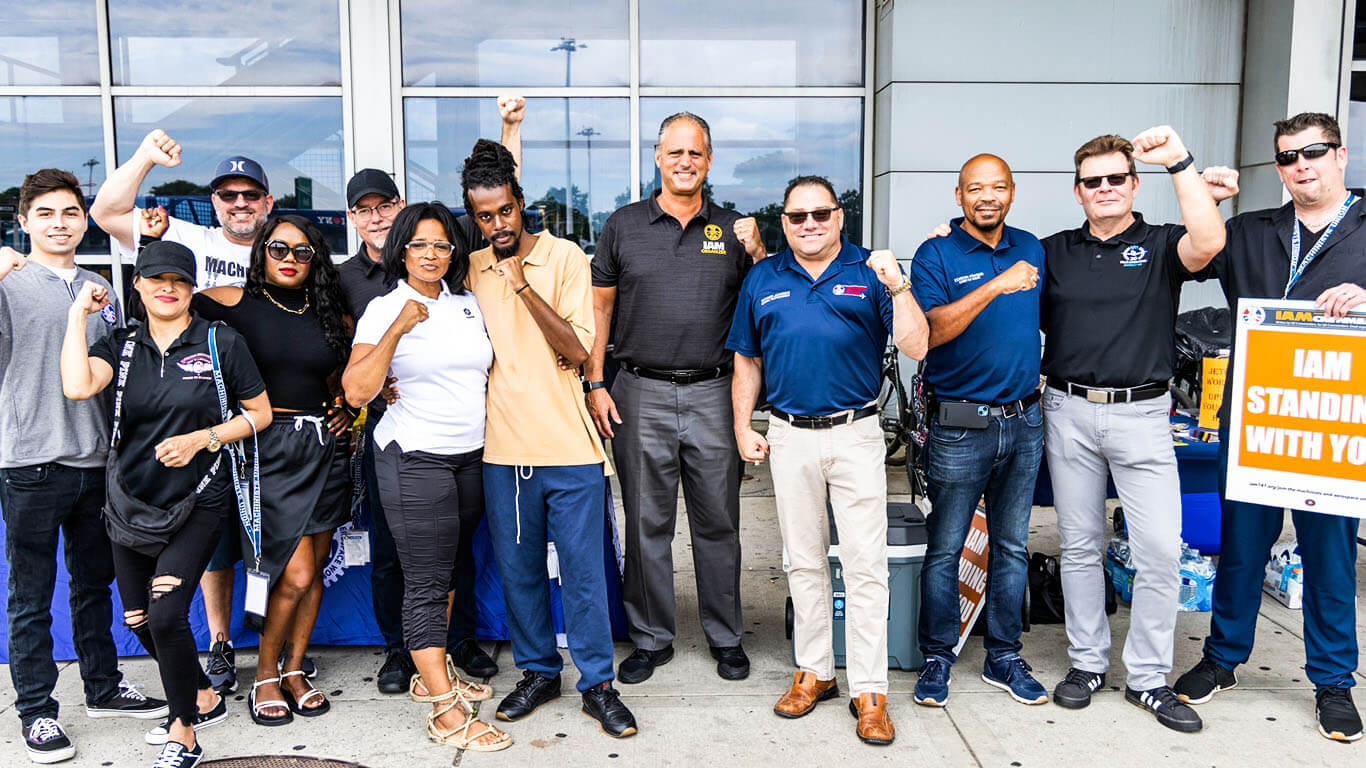 Photo(s) and some content courtesy of IAM District Lodge 141.

More than 100 JetBlue Ground Operations Crewmembers recently came out for an appreciation rally at JFK airport in New York.

“We are here to show our support and appreciation for these brave workers,” said IAM Air Transport Territory General Vice President Johnsen. “People are tired of sitting on the sidelines. That’s why this campaign at JetBlue is so exciting, it’s a vital part of a larger movement to prove that working people deserve just as much respect as managers and executives, that’s why we have committed all the resources at our disposal for this effort.”

“These workers deserve the protections and benefits that an IAM contract can provide,” said IAM Air Transport Territory Chief of Staff Edison Fraser. “Dedication on the job has earned them the right to a secure future for themselves and their families.”

Tristan “Lion” Dutchin, one of the lead organizers and founders of the Amazon Labor Union (ALU), was also in attendance.

“I wanted to come out and show support for what Ground Ops is trying to do,” said Dutchin. “It’s not easy. Really, organizing with a union is impossible until suddenly it’s not.”

The rally was held to showcase union organizing at the airline and recognize ground crews currently working towards joining the Machinists Union. JetBlue Crewmembers participated in a raffle, were served an assortment of food items, and signed union authorization cards.