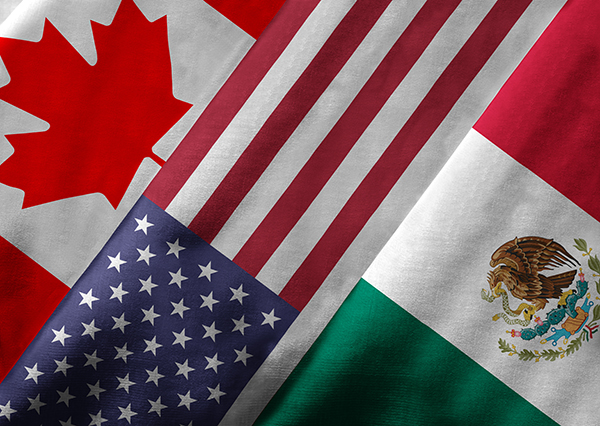 The IAM is leading a group of 12 industrial and manufacturing unions pledging to oppose NAFTA 2.0, should it come to a House vote without major changes to stop outsourcing and implement stronger labor standards, enforcement and rules of origin provisions.

The House should not consider a vote on the renegotiated U.S., Canada and Mexico trade pact until the agreement includes recommendations from labor, the unions write. NAFTA 2.0 currently omits protections for important sectors like aerospace and general manufacturing and lacks enforcement mechanisms for labor rights in Mexico.

“NAFTA 2.0 does nothing to stop the bleeding of our jobs from the U.S. to Mexico, especially in critically important industries like aerospace and general manufacturing,” said IAM International President Robert Martinez Jr., who chairs the AFL-CIO Industrial Union Council. “Unless our recommendations are made to the text of the agreement, NAFTA 2.0 will be met with staunch opposition from labor if it is put to a vote on the House floor.”

Tell Congress: No Vote on NAFTA 2.0 Until It’s Fixed

The IAM sent a letter to members of Congress in October saying that NAFTA 2.0 “does not come close to the much-needed changes that labor has submitted to USTR.”

In May, the IAM testified before the House Ways and Means subcommittee on trade, saying NAFTA 2.0 negotiations should be reopened to improve the enforcement of labor standards.

The current text of #NAFTA 2.0 does nothing to stop the outsourcing of aerospace and manufacturing jobs.

The @MachinistsUnion and the 4.5 million-member @AFLCIO Industrial Union Council will staunchly oppose the agreement if it comes to the House floor without major changes. pic.twitter.com/hvZt546Yj2