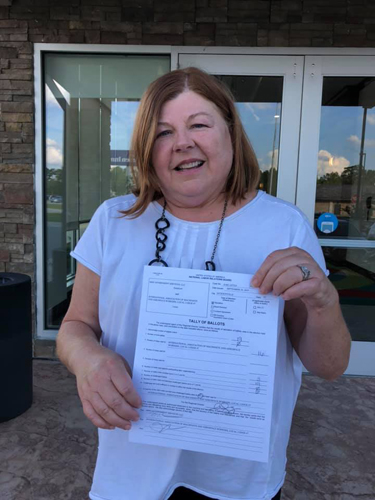 After years of seeing their working conditions erode and enduring a $30,000, a year pay cut, the MFLCs decided to stand up to a company that appears to be more interested in profits than  patients who faithfully and heroically served our nation.

During the organizing effort, the company ran an anti-union campaign that included not one, but three captive audience meetings, the theme of which was fear. The MFLCs were not dissuaded by the company’s efforts and instead they came together to secure a future that allows for the highest quality of care for our military and their families.

“This joint endeavor with the IAM Healthcare Department has produced 234 new members,” said Western Territory General Vice President Gary R. Allen. “It has given the MFLCs the power to speak in a unified voice to advocate making the care of their patients a number one priority. With several MFLCs negotiations underway we anticipate that more MFLCs will join us and together we will win justice and dignity on the job, while helping ensure that the care of America’s military and their families is always the first priority.”

“We congratulate the 19 new members of the IAM family,” said IAM Healthcare Director Marti Garza. “I am excited for their future and that of their patients. Great work by Grand Lodge Representative Mark Ward, Associate Organizers Jason Roe, Randa Ruge and the entire MFLC organizing team for assisting the MFLCs in their pursuit of correcting workplace injustices in order to administer the best healthcare possible.”