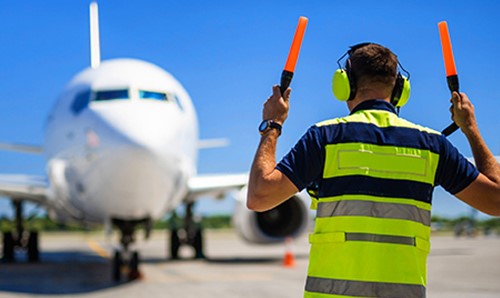 The IAM continues to push Congress for an extension of the airline Payroll Support Program (PSP) and keep tens of thousands of IAM members employed.

“There is strong bipartisan support for an extension of the Payroll Support Program (PSP) in both the House and Senate, but a bill still has not been passed,” said Transportation General Vice President Sito Pantoja. “Republicans in both chambers have nixed standalone bills that would have ensured the futures of our airline members.”

Keep Up the Pressure!

Continue to call your Representative at 202-224-3121 to urge them to extend the airline Payroll Support Program through March 31, 2021, and to save hundreds of thousands of frontline airline workers’ jobs.

The IAM, along with a coalition of airline unions and carriers, sent a letter to House and Senate leadership last week urging them to enact legislation to extend the airline PSP.

“Airline workers are already experiencing the impact of inaction and simply cannot wait any longer for federal aid,” the joint letter reads.