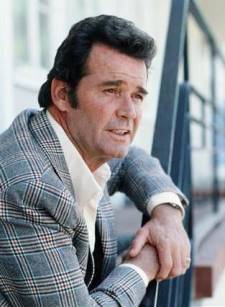 The IAM mourns the passing of longtime actor, union and civil rights activist James Garner. The former “Maverick” and “Rockford Files” star died July 19, 2014 at the age of 86.

Garner was a more than 50-year member of the Screen Actors Guild (SAG). In 1960, he became a member of SAG’s board. During three terms on the board, Garner served on the union’s television negotiating committee and was twice elected Second Vice President.

The former television star was involved with many humanitarian and civic causes. He helped organize Dr. Martin Luther King Jr.’s March on Washington in 1963, and visited the troops in Vietnam in 1967. He was a member of the National Support Committee of the Native American Rights Fund and strongly supported the National Museum of the American Indian.

In 2004, Garner received the SAG Life Achievement Award, expressing great appreciation for his fellow actors and his union.

“Actors are very special people, and I love each and every one of you,” said Garner. “I have been a member of this guild for over 50 years, and it’s a great guild. It’s the best guild in the world. I’m proud to be part of it. And just remember, you take damn good care of it, okay?”