IAM Remembers and Honors Those Lost on 9/11 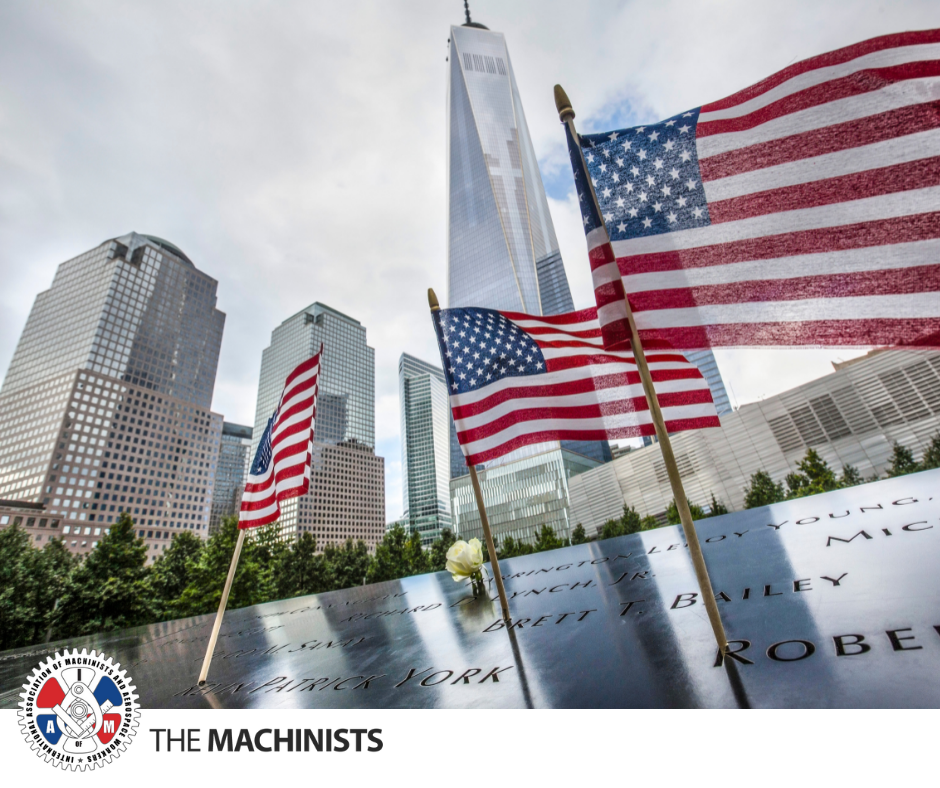 Dear Sisters, Brothers and Friends of the IAM,

As we mark the 21st anniversary of the September 11, 2001 attacks, the IAM respectfully honors those who died and the many who helped save lives during and in the aftermath of that tragic day.

As we reflect and mourn the victims, many of whom were union members, including our very own IAM and Transportation Communications Union (TCU/IAM) Brothers and Sisters, let us also remember their bravery and sacrifice not only on that day but in their daily lives.

Our prayers remain for those who left home that morning to never return, their families, and for all those who are still suffering from this tragedy.

Today, and every day, we honor their memory. We Will Never Forget.