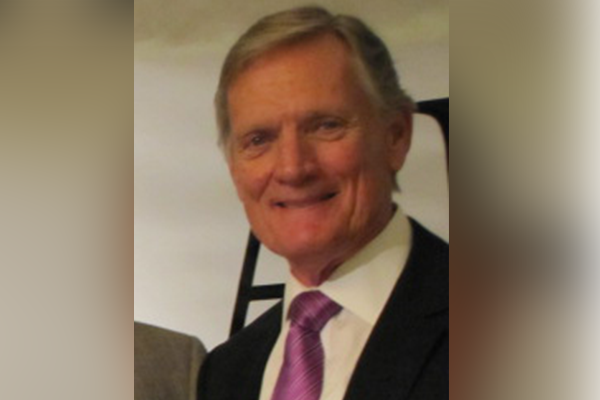 Last week, the Heartland Radio Forum, which Johnson actually helped establish, hosted a round table call in of his friends in memory of his extraordinary contributions as a labor advocate, Machinist leader and Alliance for Retired Americans leader.

Johnson’s illustrious labor career began in 1960 when he initiated into the Brotherhood of Railroad Trainmen, continued as a Machinists member and somewhat ended in 2012 when he officially retired as Secretary-Treasurer of the Missouri AFL-CIO, a position he held for 15 years. He was instrumental in the formation of the Alliance for Retired Americans (ARA) and served as Missouri ARA chapter Vice President continuing the fight for worker and retirees’ rights.

Johnson, a devout trade unionist initiated into the IAM in 1964 as a member in Local 1650 (District 142), where he spent the majority of his career at Trans World Airlines working at the Kansas City, MO TWA overhaul base facility for more than 34 years. During his employment at TWA, he was elected to and served in many union positions, ranging from shop steward, grievance committeeman, local president and fulltime organizer. Shortly after the American Airlines takeover of TWA in 2002, he transferred and maintained membership in Local 688 (District 9) in St. Louis.

In 1997, he was elected as Secretary-Treasurer of the Missouri AFL-CIO. Johnson tirelessly recruited affiliate unions into a statewide coalition to establish Labors’ role in legislative action at the state capitol in Jefferson City, MO. He lobbied elected officials, testified before committees and was appointed to numerous state, regional, city councils, boards and committees by multiple Missouri governors.

For the span of nearly six decades, Johnson feverously organized union members throughout the state combating anti-labor legislation. He brought masses of AFL-CIO member affiliates together to fight dark money influence and corporate outsiders as they pushed to impose anti-worker initiatives such as right to work, airline deregulation and NAFTA.

In spite of his official retirement from the Missouri AFL-CIO, Johnson continued as a great influence in the labor movement. As a retiree, Johnson quickly stepped up and became an integral part of the Alliance for Retired Americans by serving as the Vice President of the Missouri Alliance. As reported during the labor forum, he continued working to assemble labor activist meetings with union leaders state-wide, via text up to and on the final day of his life.

Johnson possessed the unique ability of educating fellow unionists and workers on all facts from both sides of issues. He revealed the truth and intent behind pro or anti-labor legislative sentiments. His mentorship transformed countless workers from being labeled as mere policy protesters into diehard activists and life-long union advocates.

He understood well the power of grass roots movements and combined interests. This insight brought state-wide union leaders and trades’ workers into unified forces on several occasions. These collective actions were proven most successful in the defeat of ongoing attempts of imposing so-called right-to-work initiatives from the late 1970’s to present date in Missouri.

“The IAM and the state of Missouri mourn the loss of a dedicated Machinist and labor leader,” said IAM International President Robert Martinez Jr. “Brother Johnson’s career was devoted to bettering the lives of his coworkers and fighting for their futures. He leaves an unsurpassed legacy that will continue to inspire present and future Machinists.”

From beginning to end, Brother Johnson’s union spirit and devotion to uphold the rights of all working women and men remains his legacy forever. May we all continue by his example, in the same spirit, serving our sisters and brothers and stand strong as a united force in honor of his countless contributions and achievements toward the betterment of all workers.