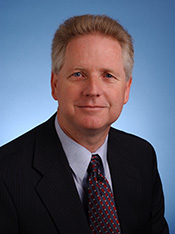 After a 26-year IAM career, David Cramer, the union’s top accountant, will leave the Machinists Union to enter into a well-earned retirement. The move is effective September 1, 2016.

“The last few months have been particularly rewarding for me as I had the opportunity to work with a budget committee that analyzed the expenditures of the IAM. The committee identified several areas of large savings that will ultimately benefit the membership of this great organization,” said Cramer. “I wish nothing but the best for the IAM, including the leadership, the employees and the membership. It has been truly a pleasure to work for this great organization and I wish everyone nothing but the best.”

Cramer joined the IAM as a staff accountant in 1990 before becoming Controller in 2002. His hallmark contribution to the IAM has been the automation and customization of the union’s accounting system.

“Dave leaves the IAM well positioned to grow and prosper into the future,” said International President Bob Martinez. “We’re eternally grateful for the contributions he’s made, and wish him and his family success in their future endeavors.”

Cramer will join a Washington, DC consulting practice upon leaving the IAM.

“The IAM and its membership have been well-served by Dave’s dedication and expertise,” said General Secretary-Treasurer Dora Cervantes. “On behalf of hundreds of thousands of IAM members who have benefitted from his work, we thank him for doing a journeyman’s job.”