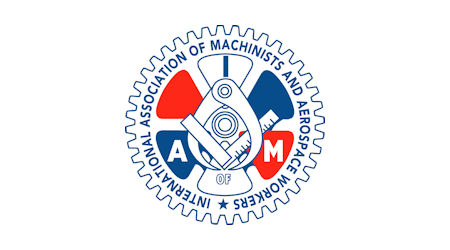 The IAM lost a true union leader when retired Grand Lodge Representative Frederick “Dave” Haydon passed away on March 16, 2017 at the age of 82.

Haydon initiated into Crossett, AR IAM Local 1362 in May of 1963 and held his Machinist union card for more than half a century. He served as a District 37 business representative and in 1980 became a Southern Territory grand lodge representative, a position he held until his retirement in 1996.

“He was a good guy, an excellent union representative,” said retired Southern Territory General Vice President Ed House, who worked with Haydon for almost 20 years. “He worked hard and never let anything interfere with taking care of the members.”

“We owe everything to the trade unionists who came before us. Haydon was one of those great men – a union man,” said current Southern Territory General Vice President Mark Blondin. “Our hearts and our prayers are with brother Haydon’s family at this time and we thank them for his service to labor.”

Known to all by his middle name of “Dave” rather than his birth name of “Frederick,” House said it was years before he knew that fact. He thinks that’s because Haydon always let the job come first.

“Everywhere he went, when he would get re-assigned to a different city, the people he had worked with always hated to see him go. I never heard anything negative about his service to the membership,” said House. “He was a union man to the very end.”