In Flooded Baton Rouge, NFFE-IAM Members Get A Hand From Their Union

The damage left behind in the aftermath of last month’s flooding left many Baton Rouge, LA residents wondering if they would be able to pick up the pieces. Antigua Franklin, a Veteran’s Affairs Clinic Technologist and member of NFFE-IAM Local 1904 is one of them.

Franklin first came face to face with the rising flood waters on a trip to the store. A trip that should have taken less than 10 minutes took over an hour due to the rising water, at times reaching the driver’s window of her SUV.

“There were cars and floating away, people climbing out of their windows. It was crazy,” said Franklin.

Franklin was able to return home safely, but wasn’t going to stick around to see if the water was going to reach her home, which she considered to be on “high ground.” She and her husband went to check on a physically disabled uncle who lived in a nearby neighborhood that was quickly taking on water. Wading through knee-high, and sometimes waist-high water, they were able to reach them and get them evacuated to safety.

Franklin, her husband, four kids, aunt and uncle went to New Orleans for the next four days to escape the chaos and devastation. Upon returning they found their home had taken on three-and-a-half feet of mud and water, completely ruining all the drywall, flooring and furniture in their home. Anything that wasn’t on a shelf had been destroyed.

“I grew up in the bayou. We had some crazy weather there and we saw some crazy stuff,” said Franklin. “You never expect it to happen here. Not like this.”

The Franklin’s home is now gutted, thanks to the hard work of her husband—the estimate to clear it out was $4,000. It is still uninhabitable and they are staying with generous friends. But with 14 people staying in the house, things are cramped and they aren’t sure where they are going to go.

“The apartment market is so slim,” said Franklin. “Anything that was available has been snatched up because of the floods.”

The cost estimates to return their home to livable form were in the range of $40,000-$50,000, with none of the cost covered by homeowners insurance.

Like most residents affected, Franklin has filled out all the necessary FEMA paperwork to try and get some relief.

“It’s a slow process with FEMA. I don’t blame them, they have a huge job to do here,” said Franklin. “They push for you to apply for loans, but who can afford them? I still have a mortgage to pay on a house we can’t live in.”

Sadly, Franklin’s story isn’t unique to her and her family. In her neighborhood of 100 homes, 90 were flooded. Over 130,000 homes in the Baton Rouge area have applied for FEMA aid.

“It was the only quick process during this whole thing,” said Franklin. “Once I filled out the paperwork, we had a check within three or four days. Every little bit helps, and it came at the perfect time, because we needed to buy a dehumidifier for the house to keep mold from growing.”

Franklin isn’t sure where they go from here, but she has faith that everything will work out.

In true unionist fashion, Franklin didn’t let her situation keep her from helping others. The Franklin family have spent their free time volunteering with local charities and bringing hope to those in desperate need of assistance.

You can help IAM members during tragedies by donating to the IAM Disaster Relief Fund.

Donations can also be mailed to:

If you have any questions or need assistance, please contact GVP Diane Babineaux’s office at 301-967-4505. 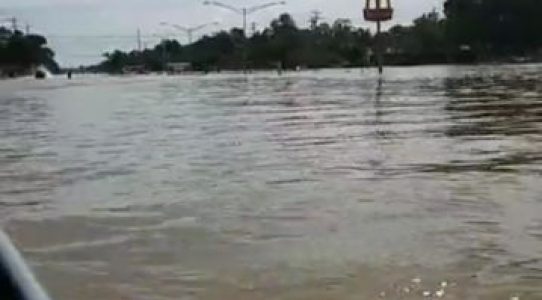 Rising flood waters on the street to Franklin’s neighborhood, taken from a boat. 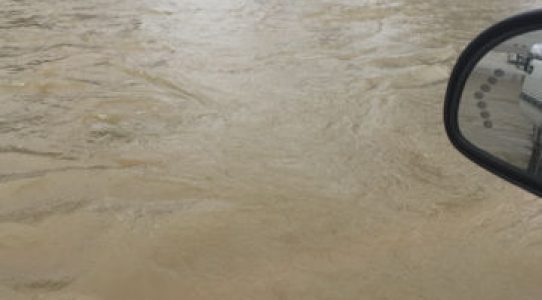 Franklin took this photo when she first encountered the flood waters on her way to the store. 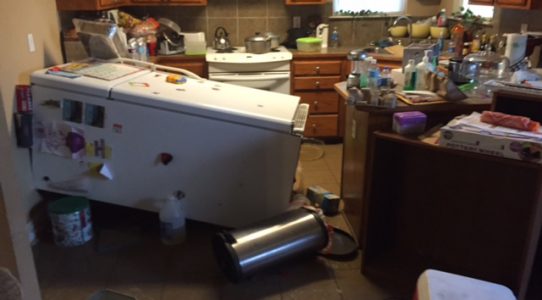 Franklin’s family returned home to a mess after the flood waters receded. 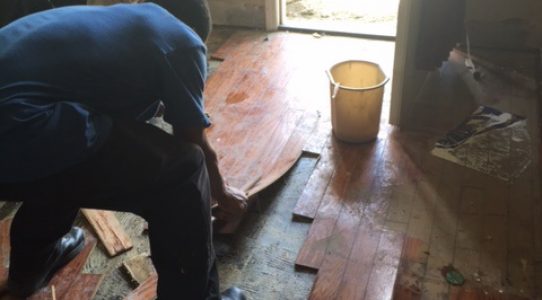 All the flooring was ruined and had to be removed. 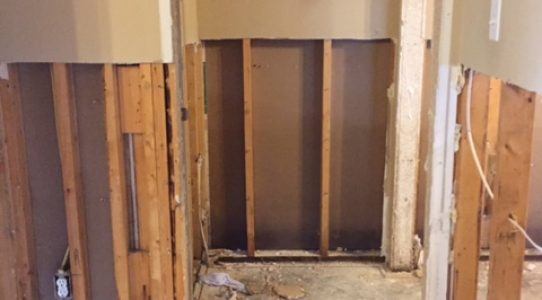 Ruined drywall had to be removed quickly to keep mold from growing. 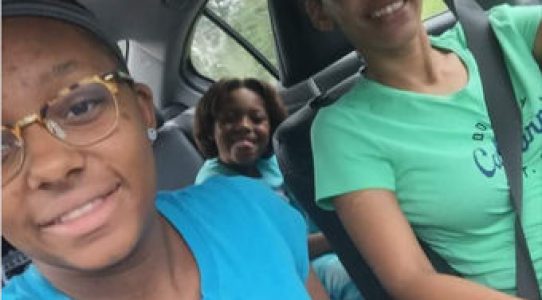 Franklin (driving) posted this picture on social media as they were headed out to volunteer for a local charity.
Share and Follow: