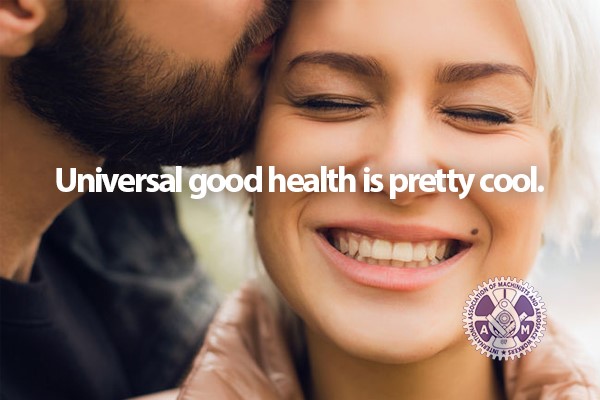 IAM International President Bob Martinez issued the following statement on the Machinists Support of Medicare for All Act of 2017 and sent letter to every U.S. senator voicing IAM’s opposition to the Graham-Cassidy plan to repeal the Affordable Care Act:

“While the Affordable Care Act has been successful in providing access to millions of previously uninsured Americans, an estimated 27 million people in this country remain without health insurance. This is why the International Association of Machinists and Aerospace Workers Union supports the Medicare for All Act of 2017. For decades the IAM has strongly supported a single-payer, universal healthcare system as the best, most efficient way to ensure access to healthcare for all Americans.

“We believe in a single-payer system that retains workers’ health care plans and provides quality, affordable care. The Medicare for All Act would create a single-payer healthcare system that improves and expands the already existing Medicare program to all U.S. residents. And most important it would replace the current profit-seeking incentives with the incentive to simply provide quality, efficient healthcare.  It is our view that healthcare is a fundamental human right, and until we guarantee comprehensive healthcare to all, our work is not complete.”

Here is a copy of the letter asking Senators to support this smart, comprehensive, and humane healthcare policy.

Thank you @SenSanders and @SenBlumenthal for your dedication to guaranteeing health care to every person in America. #MedicareForAll #1u pic.twitter.com/wj2ZQyfElo

IAM International President Bob Martinez sent a letter to every U.S. senators describing the devastation that that could be brought on by passing the Graham-Cassidy health plan.

“Like previous attempts to repeal the Affordable Care Act (ACA), this version would be severely detrimental and disruptive to the United States healthcare system”, said President Martinez.  “The vast majority of Americans are once again rightly opposed to this latest repeal plan which would strip coverage from tens of millions of Americans, while raising costs for millions more, destabilizing individual insurance markets, eliminating protections for people with pre-existing conditions, and thoroughly gutting Medicaid in the process.

“Ramming this highly partisan repeal bill through the Senate, as its sponsors are proposing, will leave no time for regular order; adequate hearings, consultation with experts, constituent input, and the congressional amendment process.  Perhaps by design, there will be no time for the public to fully understand the impacts of this horrible legislation on their health care and their families.”

Read the rest of the letter here.