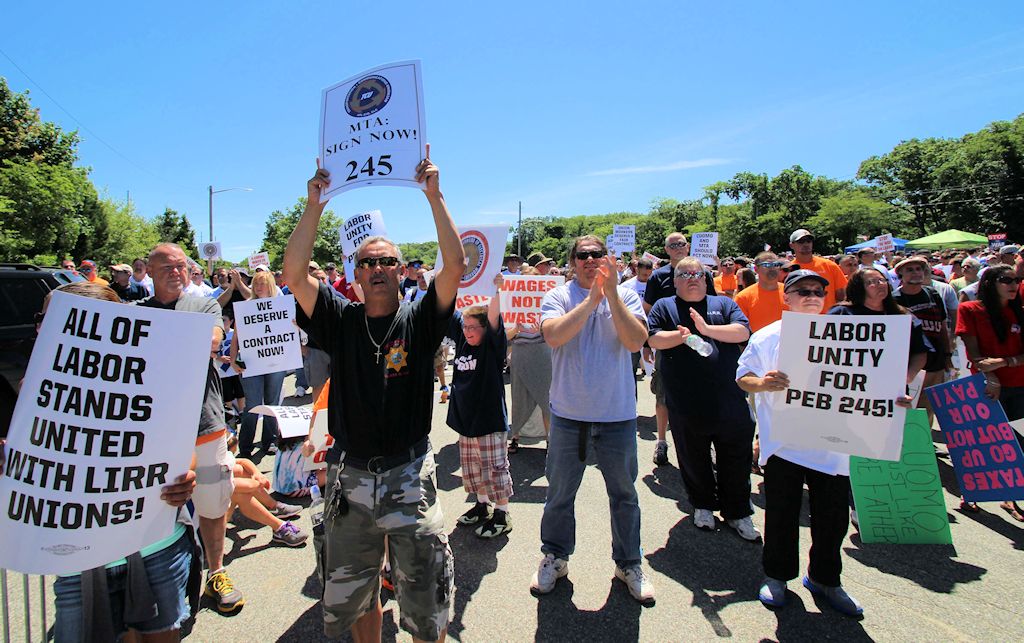 After four years of contract negotiations, the IAM, TCU and six union coalition partners at the Long Island Rail Road (LIRR), have announced a strike deadline of Sunday, July 20, 2014 at 12:01 a.m.

The IAM, TCU and six coalition partners have been in talks with the Metropolitan Transit Authority (MTA), the agency responsible for LIRR negotiations, for four years to no avail. After two Presidential Emergency Boards (PEBs), in which both boards found the MTA’s position to be unreasonable and unsubstantiated, the MTA has only become more intransigent.??

“The MTA has had its heels dug in since day one,” said IAM District 19 President Jeff Doerr. “We’ve argued our case for a fair contract before two PEBs and the MTA wants to pretend the PEBs never happened because both found its position to be unreasonable. Enough is enough.”??

The parties met July 10 at which time the MTA stated it needed time to review the unions’ latest counter-proposal. No new talks have been scheduled.??

“We have advised the MTA that we are available to meet anytime to continue talks and avoid a needless disruption of transportation services to over 300,000 New York City area commuters,” continued Doerr.?