IAM Urges GE to do the Right Thing 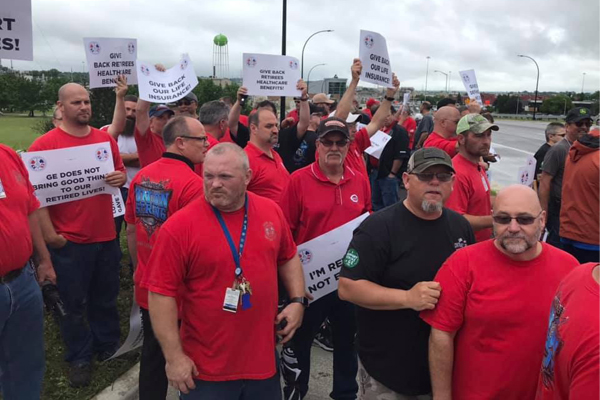 IAM International President Robert Martinez, Jr., recently sent a letter to General Electric(GE) CEO H. Lawrence Culp Jr. urging GE to provide the full actuarial value of pension benefits, including the value of the early retirement benefits the unions have negotiated in good faith, and which people are entitled to start at age 60.

“GE’s lump-sum offer only include the legal required minimum age 65 pension lump sum value; it did not include the value of the negotiated early retirement benefit ,” said Martinez. “The letter GE sent to eligible participants is misleading, since in the very first sentence it claims the offer allows “participants to take their entire benefit.”

GE’s offer could include 10,000 or more former employees who were represented by the IAM and other unions in the United States.