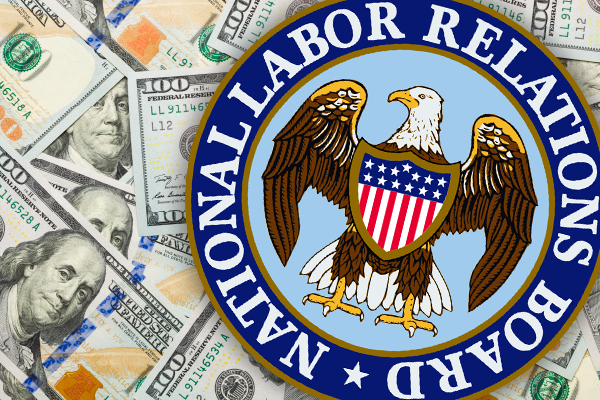 The International Association of Machinists and Aerospace Workers (IAM) urged Members of Congress to support a letter to the House Appropriations Committee, calling for increased funding for National Labor Relations Board (NLRB). The bipartisan effort is respectfully requesting $368 million, at a minimum. The increased funding would also address the NLRB’s regional office staffing crisis and remove the barrier prohibiting the board from implementing an electronic voting system to conduct union representation elections. The IAM fully supports the call for increased funding.

“The IAM greatly supports efforts to ensure workers have the workplace rights they greatly deserve, and that includes an NLRB with the funding and resources the agency needs,” IAM International President Robert Martinez Jr., wrote.

The requested increase in funding would provide long-overdue resources to allow the NLRB to accomplish its primary mission. Since FY2010, the NLRB’s budget remained stagnant and has decreased 25 percent in real dollars adjusted for inflation.

“Overall staffing levels have dropped by 39 percent over the past two decades and field staffing has been cut in half. These cuts come while there has been a dramatic increase in labor activity which has caused a higher caseload for NLRB staff,” according to the letter congressional members sent to appropriators.

The NLRB is an independent agency created by Congress in 1935 to administer and enforce the National Labor Relations Act (NLRA). The NLRA is the primary and largely exclusive federal statute governing labor relations in the private sector. It serves the public interest by effectively and efficiently reducing disruptions to commerce caused by labor disputes.