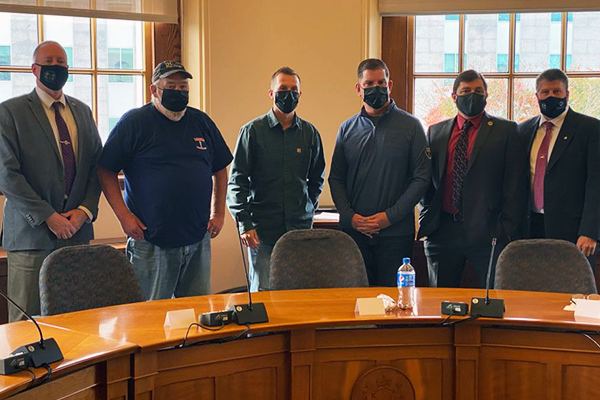 IAM International President Robert Martinez Jr. wrote a letter to U.S. Department of Labor Secretary Marty Walsh seeking his immediate assistance to obtain actual enforcement on the use of Canadian loggers under the I-l2A immigration system.

The letter details how the IAM has been working with Maine’s hard-working and highly-skilled loggers for years to help them bargain collectively and stop depressing wages in the industry. The situation is so dire that it has forced U.S. workers to give up altogether and leave the logging industry in the region.

“When we started this campaign three years ago, we were faced with a large group of workers that had been turned into independent contractors while still being completely directed at every step of the day by landowners,” wrote Martinez. “Since that time, we have moved on to another concern; one that I thought would be very easy to accomplish but has proven to be a much more difficult task: the illegal use of H2A drivers in the logging industry. As you know, H2A workers are only supposed to be utilized if they do not affect the wages or working conditions of U.S. workers. Our national union representatives and Maine Senate President Troy Jackson have met with hundreds of workers and have been out in the harvesting areas of northern Maine to witness firsthand the abuse of these workers. All of this is the result of violations of federal cabotage laws or point-to-point hauling in the United States.”

“The IAM urges the Department of Labor to enforce the law and protect the U.S. workers in Maine’s logging industry,” said IAM Eastern Territory General Vice President Brian Bryant. “The IAM Eastern Territory remains committed to providing every resource possible to protect Maine loggers. We hope this matter is reviewed swiftly and puts the proper enforcement in place. The IAM will fight to ensure justice is served.”