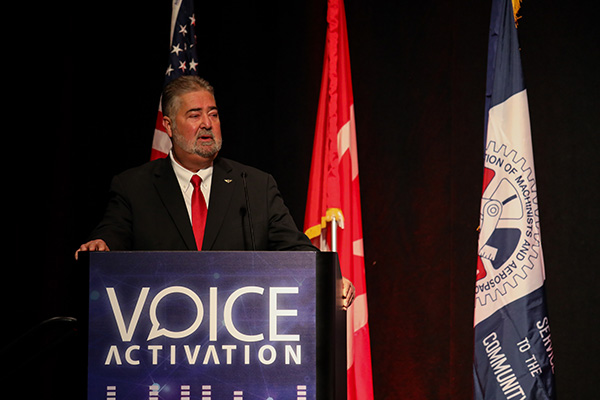 IAM International President Bob Martinez opened day two with remarks to the delegates about the importance of communications in its ongoing organizing efforts.

“I want to thank each and every one of you for the very important work you do. Day in and day out, local and district Lodge communicators do work that is often selfless, but extremely critical to our union,” said Martinez. “In addition to working your jobs at IAM shops, you donate your time to keep our membership informed. I know your job isn’t easy and you don’t often get thanked for what you do. On behalf of myself and your Executive Council, thank for what you do for our union.”

See photos from Day 2  and Day 3 of the 2019 IAM Communications Conference.

RT iamawcanada: RT smichalowicz: “There are a lot of healthcare workers out there that need OUR help,” says Canadian GLR Ralph Martin on IAM’s big push into organizing in healthcare. ⚙️💪#IAMComms19 #IAMCommCon #VoiceActivation pic.twitter.com/x4tU74umQK