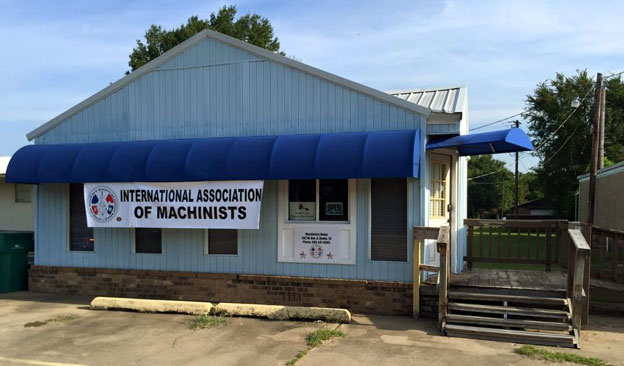 The IAM has 164 new members at Red River Army Depot in Texarkana, TX.

Marking a capstone to a yearlong organizing campaign and the last workday prior to an IAM election, XOtech LLC has agreed to recognize the IAM as the exclusive bargaining agent for its employees at Red River Army Depot in Texarkana, TX.

XOtech LLC is one of several subcontractors to AECOM, which operates under the Service Contract Act at the depot. This recognition follows last year’s success when about 1,000 AECOM and M2 Services Corporation employees voted IAM yes and recently ratified a contract. The new members will be included in that collective bargaining agreement.

“This is 164 new members at Red River,” said Southern Territory GVP Mark Blondin. “I want to thank our team and especially our brothers and sisters at the NFFE local who has helped us from the beginning. We continue to organize in the South, and winning campaigns and negotiating strong contracts only leads to more winning! Congratulations, everyone!”